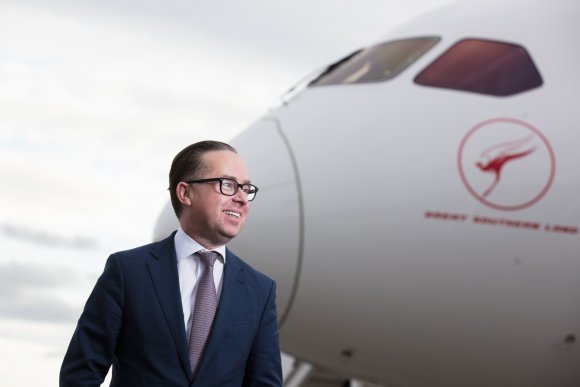 Australia’s flag carrier Qantas is to open routes from Brisbane to Chicago and San Francisco before the end of April 2020.

The new services will be operated by Boeing 787-9 Dreamliner aircraft and are expected to add more than 170,000 seats to the trans-Pacific market each year.

The announcement comes just weeks after the US Department of Transportation gave tentative approval to Qantas’ joint venture agreement with American Airlines, almost three years after a previous application was rejected.

Qantas intends to serve Chicago four times per week and San Francisco three times per week. The new routes will see a total of 14 weekly services between Brisbane and the US, including the daily 787 Brisbane to Los Angeles service that continues to New York.

“These new services will connect both Australian business travellers and holidaymakers with key centres of commerce, industry and culture in the United States,” said Qantas chief executive Alan Joyce (pictured).

Queensland’s Premier Annastacia Palaszczuk said the new routes would pump more than $150m into the Queensland economy over the next three years.

“As the world’s largest economy, the United States offers enormous potential for inbound tourism to Queensland,” she said.

“The launch of flights to San Francisco, and for the first time in the Qantas network Chicago as a gateway to the Midwest and east coast, represents a great opportunity for Queensland, one that is forecast to support more than 1,700 jobs over the next three years.”

The joint application to the DoT by American and Qantas states that the venture would generate 180,000 new market passengers annually, stimulated by additional codesharing and new flights.

According to data from OAG Schedules Analyser, eight carriers currently serve the market between the US and Australia and New Zealand. Qantas has a 35 percent share of seats available, while its subsidiary Jetstar has a 5.5 percent share of the market. American’s capacity share is 4.1 percent.