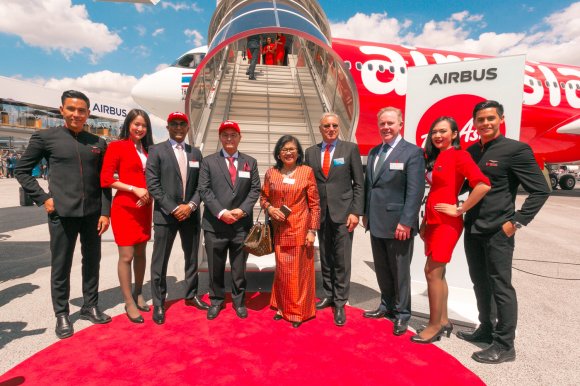 AirAsia X has set its sights on opening new non-stop routes to Europe and the US after unveiling its first Airbus A330neo at the Paris Air Show.

The aircraft will be based at Bangkok’s Don Mueang International Airport in Thailand, entering service early next month.

The low-cost carrier previously operated routes to a number of European destinations, including London Stansted and Paris Orly from Kuala Lumpur. However, it ended its last service in 2012.

AirAsia X chief executive Nadda Buranasiri said: “With 66 aircraft on direct order and two on lease, the A330neo is the future of our long-haul operations delivering an enhanced guest experience including the latest design features and new modifications to make medium - long haul value air travel more comfortable than ever.”

He added that the A330neo’s arrival brings “new destinations into play”.

“Direct flights to Europe and the US are now possible, and we are working on many exciting network and product plans to take full advantage of the opportunities offered by this aircraft’s extended range and significant cost efficiencies, which will be announced in due course,” Buranasiri said.