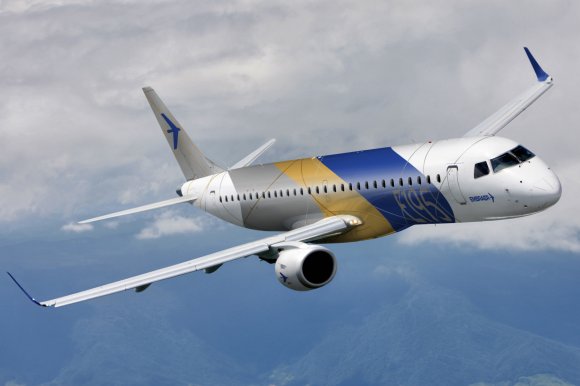 Embraer has forecast worldwide demand for 10,550 new aircraft with up to 150-seats over the next 20 years, a figure unchanged from its projection last year.

Releasing the outlook at the Paris Air Show, the manufacturer said replacement aircraft would represent 45 percent of new deliveries, with 55 percent comprising market growth. The total value of the new aircraft required is about $600bn.

The report added that more than one billion passengers are estimated to have flown on an aircraft in the sub 150-seat sector in 2018, showing the relevance of the segment.

John Slattery, president and CEO of Embraer Commercial Aviation, claimed that the market would be further strengthened in the future by airlines’ pursuit for profitability.

"For sure, those numbers are still strong, but it's quite reasonable to consider that the peak of this great cycle is behind us.”

Looking at the projected demand by region, Asia-Pacific will require 2,990 aircraft in the sub 150-seat market over the next two decades, followed by North America with 2,780. Europe will require 2,240 aircraft and Latin America 1,150. Demand in CIS, Africa and the Middle East is forecast to be 580, 450 and 360 respectively.

Embraer said connectivity on mid-size cities and operation on long-thin routes would continue to drive a worldwide demand for 8,230 jets with up to 150-seats. Of these, 57 percent will support market growth and the remaining 43 percent will replace aging aircraft.

In the turboprop segment, short-haul operation will drive demand for 2,320 aircraft of which 49 percent will be to support market growth.

The market outlook was released as Embraer announced that Japan’s Fuji Dream Airlines had placed a firm order for two E175 jets, configured in a single-class layout with 84 seats. The airline currently operates three E170s and 11 E155s.

In addition, Spanish carrier Binter has firmed up an option to take an additional two E195-E2s. It placed a firm order for three E195-E2 jets at the Farnborough Air Show 2018, with purchase options for two more.