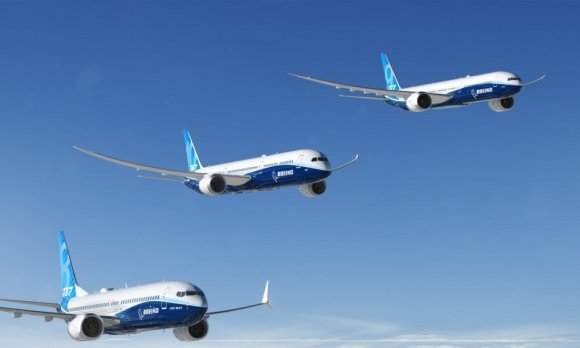 The tentative agreement, inked at the Paris Air Show, would be valued at more than $24bn based on current list prices.

The mix of 737-8 and 737-10 aircraft would be delivered between 2023 and 2027 and spread across IAG’s airlines including Vueling, LEVEL and British Airways.

“We're very pleased to sign this letter of intent with Boeing and are certain that these aircraft will be a great addition to IAG's short-haul fleet,” said Willie Walsh, IAG chief executive.

“We have every confidence in Boeing and expect that the aircraft will make a successful return to service in the coming months having received approval from the regulators.”

IAG’s intention to buy the jets is a massive shot in the arm for Boeing, which started the Paris Air Show by apologising for the two crashes of 737 Max jets that together killed 346 people.

The aircraft were grounded in March, but Boeing hopes its software fix will ensure the jets are flying again before the end of the year.

“We are truly honoured and humbled by the leadership at International Airlines Group for placing their trust and confidence in the 737 MAX and, ultimately, in the people of Boeing and our deep commitment to quality and safety above all else,” said Boeing Commercial Airplanes president and chief executive Kevin McAllister.

Earlier this year, IAG group committed to and finalized a major order for Boeing's newest long-haul model, the 777X, to complement its fleet of current-generation 777s and new 787 Dreamliners.

The signing of the letter of intent came on the same day that IAG ordered eight Airbus A321XLR aircraft for Iberia and six for Aer Lingus, plus 14 options. The airlines will be among the launch customers for the extra long-range narrow-body aircraft with their first deliveries scheduled for 2023.

The A321XLR will be used to expand both Aer Lingus and Iberia’s existing long-haul fleets, and enable Aer Lingus to launch new routes beyond the US East Coast and Canada.