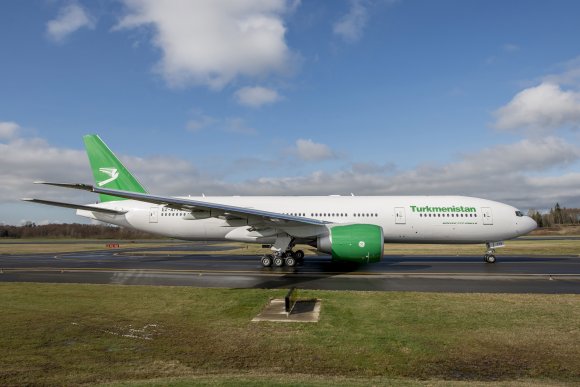 Turkmenistan Airlines has made a commitment for one Boeing 777-200LR, valued at $346.9m at list prices. It will be reflected on Boeing's order book once it is finalised.

Ihssane Mounir, senior vice president of commercial sales and marketing at Boeing, said it was the right model to help the carrier “grow its international operations in Europe, Asia and beyond”.

Turkmenistan Airlines is the only airline of Turkmenistan in Central Asia, offering domestic and international passenger and cargo services. In 2018, its largest international markets were Turkey, Russia, India, the UK and Thailand.

However, in February 2019 the European Aviation Safety Agency (EASA) suspended flights by the carrier to and from the European Union, pending confirmation that it meets international safety standards.

Since then, Turkmenistan Airlines has worked with Lufthansa Consulting to develop “corrective action plans” and has begun to implement them. A progress meeting with EASA is scheduled for July.

Find out more about Turkmenistan in our focus on 'the Stans'.