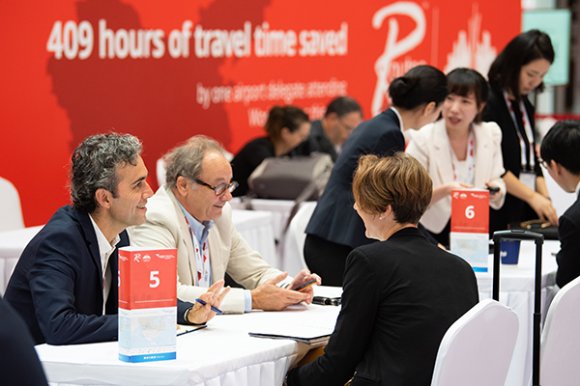 The attendee list for the 25th World Routes event is shaping up to be an impressive line-up, with some of the world’s largest airports, airlines, tourist boards and industry suppliers having registered their place.

As Canada’s second-largest airline, WestJet continues to accelerate its route network, having this year announced international services to London Gatwick from its hubs at Toronto and Calgary commencing winter 2019. The low-cost carrier will be attending the 25th World Route Development Forum to expand its global contacts, increase market share and develop network strategy.

The event will also welcome Mexican low-cost airline VivaAerobus. With the launch of five new routes starting this month alone, the carrier is ideally placed to negotiate additional market opportunities with airports and destinations in Adelaide.

Having already reached over 125 confirmed carriers, the event promises to maintain its status as the world’s most efficient platform for the route development community to meet with the people who are fundamental to the establishment of new routes that will drive significant air traffic growth across the globe. Over 70% of World Routes 2018 airline delegates believed meetings held at our events have led to new air services.

Over the past three years, the twenty most requested airlines at World Routes have launched more than 3,000 new services. In addition to WestJet and VivaAerobus, delegates will have the opportunity to request meetings with senior leaders from Delta Air Lines, Emirates, British Airways, Qatar, Lufthansa and Air China when scheduling opens in three weeks’ time on 10 July. View the attendee list.