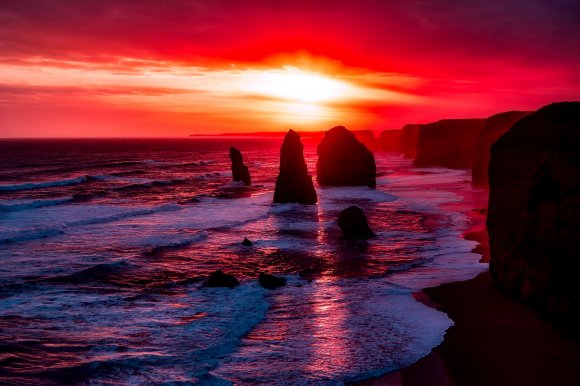 Australia attracted 9.3 million short-term international visitors last year, according to data published by the Australian Bureau of Statistics, representing a strong rise of 7.3 percent between 2013 and 2018. Growth is expected to continue with projections estimating the number of international visitors will surge to 15 million by 2026-27.

The healthy figures highlight the success of the country’s Tourism 2020 strategy, a coordinated approach launched in 2009 to improve the industry’s competitiveness and increase visitor expenditure to more than A$115bn annually.

However, as the end of the decade fast approaches attention now turns to the next set of ambitious targets, with the need to grow aviation capacity and open up new destinations an obvious priority.

To help further stimulate its air traffic, World Routes 2019 is heading to South Australia’s cosmopolitan coastal capital Adelaide in September, bringing together route development professionals from across the globe.

“Obviously there a significant, short-term economic impact in hosting an event of this size and scale, but we see the biggest potential benefits lying further down the track,” says Phillipa Harrison, Tourism Australia’s acting managing director.

“Air access is a fundamental driver in the achievement of a sustainable tourism industry for Australia, and given the importance of direct aviation connectivity, aviation development remains an ongoing strategic priority for Tourism Australia.

“As the largest aviation conference in the world, World Routes gives us the chance to showcase Destination Australia to a highly influential group of professionals, who ultimately influence where the international airlines choose to point their aircraft.”

China has emerged as a major market in recent years, increasing by 143 percent in last five years for Australia. Expenditure has grown from A$5.2bn in 2014 to A$12bn in the 12 months to the end of March 2019, while new routes have included Adelaide’s link to Guangzhou; connections between Brisbane, Melbourne, Cairns and Shenzhen; and Sydney - Haikou.

According to data from OAG Schedules Analyser, two-way capacity between Australia and mainland China has more than doubled since 2013, rising to almost 4.6 million available seats in 2018. However, the rate of growth is likely to slow this year as the market matures, with capacity set to be flat.

“We have had a long-term focus on the China market obviously and we’ve had our share of new route announcements,” says Harrison. “Going forward we’ll be focused on supporting more regional destinations in Australia to secure services from tier one cities in China.”

Meanwhile, arrivals from other Asian countries like India, Hong Kong and Taiwan are also growing at a fast rate, while traditional markets of the US, UK and Japan remain buoyant.

Looking ahead, Harrison says there is potential for even more growth from India over the coming years: “It’s no secret that India was Australia’s fastest growing inbound market last year and we believe India-Australia routes remain underserved in terms of direct non-stop capacity, which is another long-term priority for Tourism Australia and its partners.”

She adds that another focus is further developing Perth as Australia’s western gateway, building on Qantas’ non-stop route to London Heathrow launched in March 2018.

For Adelaide, Harrison explains that a big opportunity is repeat visitation. She says: “We know from our research that travellers love Australia and are willing to return for a second and third visit.

“That first visit is likely to be Sydney, Melbourne and maybe Far North Queensland or Uluru. But next time round, these travellers want to explore further afield and that certainly presents opportunities for South Australia.”

Australia uses a ‘one voice’ model in order to attract and secure sustainable new aviation capacity, which involves a joined up approach to route development and marketing support between the airports, government stakeholders and the tourism industry.

“A key objective for TA is around increasing the dispersal of international tourists beyond the major gateways to regional destinations such as Adelaide, and this remains an important consideration within TA’s aviation development priorities,” Harrison says.

“We are working closely with the South Australian Tourism Commission and Adelaide Airport on marketing campaigns that create demand in the source markets and support the establishment of new routes; China Southern Airlines’ entry into Adelaide in December 2016 is a good recent example of that.”

Harrison adds that a recent focus has been challenging perceptions and stereotypes of Australia as a tourism destination. In the case of Adelaide this has included showcasing “unusual, unfamiliar and unexpected attractions” such as climbing the Adelaide Oval or, outside of the city, shark cave diving at Port Lincoln and exploring the spectacular Umpherston Sinkhole at Mount Gambier.