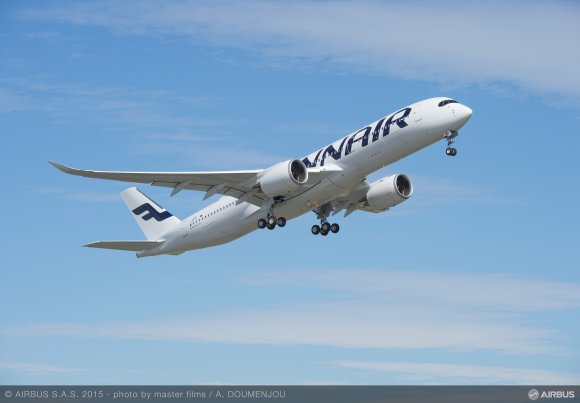 Finland’s flag carrier Finnair is adding a new non-stop destination in Asia next summer, with a three-weekly service from Helsinki to Busan in South Korea.

The airline will become the first and only carrier connecting Busan, a large port city known for its beaches and mountainous terrain, with Europe. It currently flies daily to Seoul Incheon, the capital of South Korea.

The new route will launch on 30 March 2020 subject to regulatory approvals, using Airbus A350 aircraft. Flights to Gimhae International Airport will operate on Mondays, Wednesdays and Fridays.

“Korea is one of our top markets globally, and we have been operating to Seoul for 11 years,” said Ole Orvér, chief commercial officer of Finnair. “We are delighted to be able to offer a new destination to our customers in Korea and to continue growing sustainably in Asia.”

Busan is South Korea’s second largest city with 3.5 million inhabitants. It is located on the south-eastern tip of the Korean Peninsula.

The addition will further extend Finnair’s network in Asia. The oneworld member has successfully carved out a niche connecting Europe with Asia in recent years, including secondary Chinese cities.

This is thanks to the geographical position of Helsinki, allowing the airline to fly the fast, northern route that is the shortest way between the two continents.

The growth has been helped by its fleet of 14 Airbus A350-900s, whose range and performance means it is well suited to the carrier’s long-haul operations to both the east and west.

According to data from OAG Schedules Analyser (w/c 8 July 2019), Finnair operates 16 routes to points in Asia. Of these routes, six are in mainland China and four are in Japan. Hong Kong and Tokyo Narita are each served twice daily, while Bangkok Suvarnabhumi and Osaka are both served ten-weekly.

Finnair plans to increase its capacity by approximately 10 per cent in 2019, down from its 14.8 per cent capacity growth in 2018. This growth is mainly focused on the Asian market.

OAG data shows overall capacity during the summer 2019 season will be about 11.8 million seats, a rise of 3.7 percent compared with the summer 2018 season. It also represents the eighth consecutive summer that Finnair has grown capacity.

Schedule data shows that out of its Helsinki hub its network has a 19/81 split between domestic and international flights, up from about 25/75 a decade ago.

Its largest international markets by capacity during summer 2019 are Germany, Sweden and the UK. However, the importance of its Asian network means Japan is fourth with 295,577 available seats and China is sixth with 234,839 seats.

Speaking in April when Finnair published its financial results for the first quarter of the year, chief executive Topi Manner said that Japan remains a buoyant market but demand to China has dampened.

“On routes from Japan to Europe, and on the main North Atlantic routes, demand remained strong,” he said. “The year started slowly in China, where demand slowed down compared to last year due to the slowdown in the country's economic growth, the threat of a trade war, the longer than normal Chinese People's Congress in March and our own changes in sales channel mix.”

However, since the publication of the results, Finnair has signed codeshare deals with Shanghai-based Juneyao Air and Guangzhou-based China Southern Airlines.

From 28 June, Finnair passengers can now connect with Juneyao from Shanghai to Harbin, Shenyang, Dalian, Qingdao, Xi'an, Chongqing, Kunming, Xiamen and Fuzhou. In addition, the Finnair code will be added on Juneyao routes between Nanjing and Xi'an, Chongqing and Zhangjiajie.

At the same time, Juneyao code will be added to Finnair's route between Shanghai and Helsinki, and to its domestic routes from Helsinki to Ivalo, Rovaniemi, Kemi, Kuopio and Oulu.

The partnership with China Southern meanwhile started on 1 June. The cooperation includes the Finnair route between Guangzhou and Helsinki and routes from Guangzhou to Changsha, Chongqing, Hangzhou, Nanjing, Sanya, Wenzhou, Xiamen and Xi'an.

In addition, China Southern’s CZ code will be added to several popular destinations in Europe from Helsinki, including Amsterdam, Copenhagen and Riga.

“This codeshare opens up new destinations in China for our customers on the Helsinki-Guangzhou route, which we just extended to year-round operations,” said Christian Lesjak, senior vice president, network and resource management at Finnair.