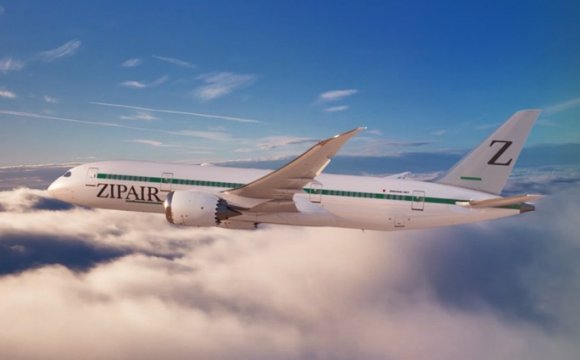 The low-cost carrier will initially operate two Boeing 787-8 aircraft, each with 290 seats, on services to Bangkok Suvarnabhumi and Seoul Incheon from Tokyo Narita. The Bangkok route is scheduled to start on 14 May 2020, while the Tokyo service will launch on 1 July 2020.

JAL revealed further details about Zipair Tokyo in March, saying the name had been chosen as zip “describes speed, such as how fast time can pass when traveling on a unique airline”.

“In addition, the brand name incorporates the idea of traveling to destinations in various zip codes, while aiming to create a calculated travel experience that encompasses the originality and ingenuity of the Japanese culture,” the airline explained.

“And finally, the word Tokyo was added to the name, as the airline will be based in one of the most advanced cities in the world.”

JAL, which already has a stake in Jetstar Japan, first unveiled details of the proposed long-haul low-cost carrier in May 2018.

According to data provided by OAG Schedules Analyser for w/c 8 July 2019, the split between mainline and low-cost departure seats from Japan is about 79/21. This compares with an 88/11 split just five years ago.

Skymark Airlines is Japan’s largest LCC, with a 4.7 percent share of all weekly departure seats on offer from the country. Jetstar Japan is second and Peach Aviation is third.

Peach is currently merging with sister low-cost carrier Vanilla Air, both owned by ANA Holdings. It is expected that Vanilla will cease operations by the end of October 2019.