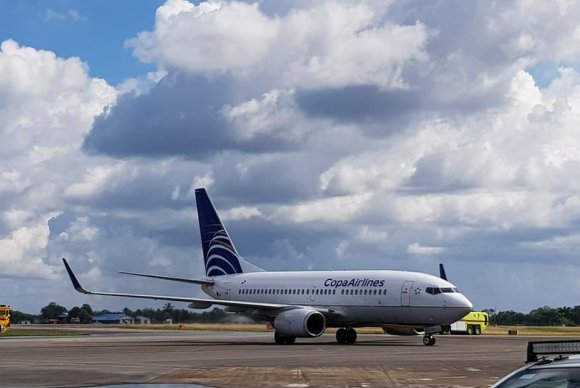 Copa Airlines has begun service to Paramaribo in Suriname, the first new international route the country has secured in more than ten years.

The first flight touched down at Johan Adolf Pengel Airport on 6 July 2019 at 3.25pm, 20 minutes early. The route will operate twice a week on Wednesdays and Saturdays using Boeing 737-700 aircraft.

Copa Airlines currently has an average of 350 daily flights through its hub at Tocumen International Airport in Panama City, connecting more than 80 cities in 32 countries.

Omar Hashmi, senior consultant at ASM, said: “I expect this route will help to stimulate tourism, as well as business and VFR traffic. In addition to local traffic to Panama City, Paramaribo will also benefit from the connectivity offered by Copa’s extensive network of destinations.”

Suriname, once known as Dutch Guiana, is one of South America's smallest countries and was granted independence from the Netherlands in 1975. With a population of about 560,000, the country’s main gateway is Johan Adolf Pengel International Airport which offers flights to Amsterdam via KLM, TUI fly Netherlands and Surinam Airways.