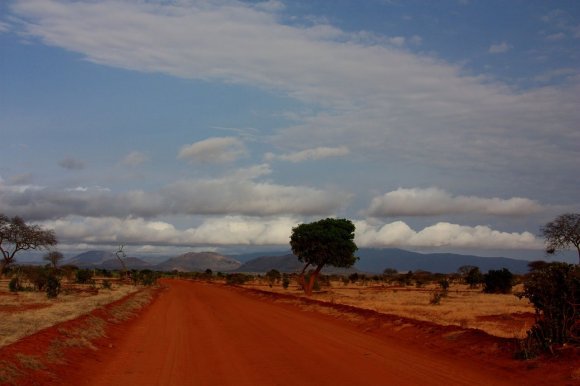 Having had its fair share of false starts, the long-held dream of opening up Africa’s skies, and creating a unified air transport market for the continent, remains tantalisingly close to becoming a reality, yet frustratingly out of reach.

This is despite the launch of the Single African Air Transport Market (SAATM) programme by the African Union (AU) in January 2018, part of its Agenda 2063 masterplan for the continent. If this all sounds familiar it’s because we’ve been here before. The major groundwork to create open skies for Africa was done in the build-up to 1988’s Yamoussoukro Declaration and the Yamoussoukro Decision of 1999, signed by 44 members of the AU.

Given the failure to implement the latter’s objectives, the weighty task of delivering its promise now falls on SAATM. While the question of why many of the region’s governments continue to drag their feet on open skies remains open to debate, IATA has suggested that many are too busy focusing on what other states are doing. This suggests they still need convincing.

So why bother? Well, SAATM’s backers like IATA contend that by enabling carriers to fly direct between two regional cities without flying via their home hub, it will drive growth for the continent while boosting economic integration and intraregional connectivity.

To bolster its case, following SAATM’s launch the body pointed to the results of a survey it had commissioned. Its findings suggested that if just 12 key African countries opened their markets and increased connectivity it could create an extra 155,000 jobs and generate an additional $1.3bn in annual GDP in those countries.

Yaw Kwakwa, acting managing director of Ghana Airports Company Limited (GACL), acknowledges that some AU member states appear to be delaying fully opening up to SAATM, even after signing up to it, but “Ghana is fully committed to its realisation and success”.

“Ghana is going ahead with its open skies policy and signalling to the international aviation community that we are open for business,” he asserts, adding that its ministry of aviation has granted 5th Freedom Rights to most airlines that have applied.

Hamish Erskine, CEO of Dube TradePort special economic zone, and co-chair of Durban Direct, a government-led route development committee, is under no illusions as to what is at stake, both for Dube TradePort and Africa as a whole.

Being a special economic zone linked to two of the busiest ports in Africa, Durban and Richards Bay, and supported by nearby King Shaka International Airport, Dube TradePort is “positioned to become a springboard for exporting locally manufactured goods, into Africa and beyond”, says Erskine who also believes that implementing SAATM would provide a catalyst for increasing air services out of Durban.

“We have seen that intra-African trade levels are lower than the trends in other regions such as EU and the Americas, but intra-African trade rose by 10% between 2016/17, and the implementation of SAATM could certainly help accelerate this rate of growth,” says Erskine.

“Moreover, the single market has the potential to become the driving force of the effective implementation of the African Continental Free Trade Agreement.”

While Erskine acknowledges the pace of progress on SAATM may have been slow, the lack of haste might not necessarily be a bad thing, he believes.

Similarly, Kwakwa points to the need to take time to develop a robust and well-established regulatory framework, which contains clear objectives and fair competition provisions and taxation policies for all countries.

“Furthermore, although the existing Bilateral Air Services Agreements (BASA) between countries makes provision for dispute settlement, the African Civil Aviation Commission (AFCAC), together with the African Union Commission (AUC), must fast-track the ongoing work to finalise the dispute settlement mechanism and the establishment of its institutions for the implementation of SAATM,” Kwakwa adds.

One country remaining positive but cautious is Uganda, where Tom Davis Wasswa, manager, marketing and commercial services at the Civil Aviation Authority (CAA), says: “We are committed to SAATM but are still studying the complete implications on our sector.”

In the meantime, the Ugandan CAA’s priorities include delivering the 20-year investment masterplan it launched in 2014 at Entebbe International Airport, where it aims to grow passenger volume to reach 7.5 million in 2033, having handled 1,840,264 passengers in 2018, up 10.2 percent year-on-year. To encourage route development, the CAA is offering carriers a suite of benefits, from advertising support to offering a 50 percent discount on landing costs on the seventh weekly flight in and out of Entebbe and helping them gain Fifth Freedom Rights where applicable.

Having recently completed a programme to overhaul the airport’s electronic systems, works are nearing completion on the new cargo centre, while modification and expansion works on the passenger terminal building are approaching the halfway stage and efforts to rehabilitate and strengthen the old 12/30 runway should complete by year-end.

Airport improvements such as those at Entebbe will go some way to overcoming the challenge of getting the region’s airport infrastructure consistently up to par, yet in the absence of strong progress on SAATM we risk being doomed to continue talking of Africa’s aviation market in terms of its enormous potential, rather than its strong growth.

True, the earlier efforts towards open skies were not in vain, with SAATM having adopted much from its predecessor, the Yamoussoukro Decision, not least its regulatory framework. True, the original group of the 55 AU member states that signed up to SAATM has swelled from 23 to 28, including big hitters like Ethiopia, South Africa, Rwanda, Nigeria and Kenya.

However, it’s also true there’s been little discernible progress made since the AU held its Fourth Meeting of the Ministerial Working Group on SAATM in May 2018 in Togo. More worryingly, as IATA notes, as of the end of April only half of those 28 SAATM signees had signed a Memorandum of Implementation pledging to put the agreement into practice in their countries.

In short, we are entering the time where action will be required. For SAATM to deliver its promise and potential in our lifetime it may require a leap of faith by some of those 28 signees if the idea of open skies for Africa is to stand a chance of truly taking flight.