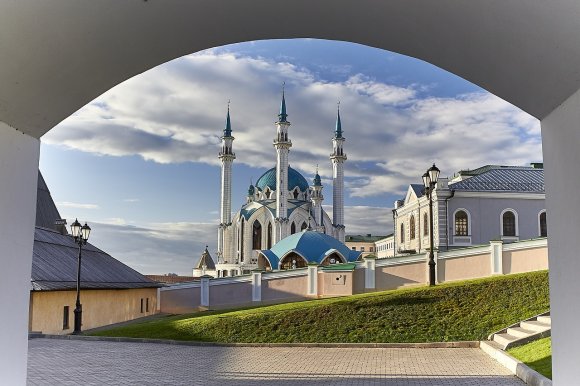 Qatar Airways is to launch a new service to Gaborone in Botswana, starting 27 October 2019, becoming the airline’s first destination in the African country. Gaborone is the capital and the largest city in Botswana, a landlocked country in Southern Africa, bounded by Namibia, Zambia, Zimbabwe and South Africa. The country’s population is about 2.3 million.

The three times weekly flights via Johannesburg will be operated by Airbus A350-900 aircraft, featuring 36 seats in business class and 247 seats in economy. Qatar began serving Johannesburg in 2005 and this month increased weekly frequencies from 14 to 18. From August 2019 it will operate 19 flights per week, rising to 21 in October.

The new Doha - Johannesburg - Gaborone routing, operating on Sundays, Wednesdays and Fridays, will increase the amount of connecting service from the Botswanan capital. By splitting the route, it will also enable Qatar to increase service incrementally as the market dictates.

Looking at indirect traffic flows from Gaborone, the UK, Germany and Switzerland rank highly. With the Qatar - EU open skies agreement expected to be signed this year, Qatar Airways will likely target more Europe - Africa traffic flows in the future.

As reported by Airlineroute, the carrier does not yet have local traffic rights on the Johannesburg – Gaborone sector.

Hungarian low-cost airline Wizz Air is adding a third destination in Russia to its network with the launch of Budapest – Kazan. The service will begin on 30 October 2019, operating twice a week on Wednesdays and Sundays.

Kazan is a city in southwest Russia, about 820 km east of Moscow, and the capital of the Republic of Tatarstan. It is the sixth most populous city in Russia. The possibility of launching flights between Hungary and Kazan was raised in September 2018 when Hungary’s prime minister Viktor Orban met with Russian president Vladimir Putin. It is hoped the route can help to strengthen economic, business, and commercial ties.

Having focused on wet lease operations since ending service between Brussels Charleroi and Hong Kong in November 2018, Air Belgium is to resume scheduled flights in December.

Operated by Airbus A340-300 aircraft configured in three-class layout, the airline plans to fly to two points in the Caribbean. It will operate a Brussels South Charleroi – Fort-de-France – Pointe-a-Pitre – Brussels South Charleroi routing, twice weekly. According to OAG Schedules Analyser, there is currently no scheduled operator between Martinique, Guadeloupe and Belgium.

In March 2019, Air Belgium reversed a decision to resume flights between Brussels Charleroi and Hong Kong citing “current market conditions”. The airline had intended to operate the route three times per week from 31 March 2019 using Airbus A340-300 aircraft.