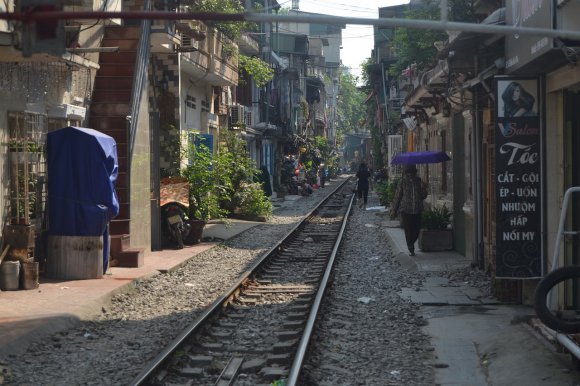 Indian low-cost carrier IndiGo is to begin service to Vietnam in October, becoming its fifth south-east Asian country in its network alongside Thailand, Singapore, Malaysia and more recently Myanmar. The airline will operate non-stop daily flights between Kolkata and Hanoi from 3 October 2019, using Airbus A320 aircraft. Hanoi will be IndiGo’s 19th international and 75th overall destination.

According to figures from Sabre Market Intelligence, two-way O&D traffic between India and Vietnam has increased strongly in recent years, despite the absence of any regular direct flights between the two countries. The data shows 186,228 passengers travelled indirectly in 2018, a rise of 7.5 percent compared with 2017. Last year’s figure was also 150 percent higher than in 2013. The main connecting points for India - Vietnam traffic are Bangkok, Kuala Lumpur and Singapore.

Although the market between the two countries is relatively small, they are among the ten most populated countries in Asia and are only four to six hours apart by air. India is also one of the fastest-growing outbound markets in the world, while Vietnam is increasing in popularity as a tourist destination.

IndiGo’s new Kolkata - Hanoi route is therefore likely to appeal to both leisure and business passengers. The airline can also expect high demand for the Buddhist circuit as Vietnam has a large Buddhist community.

The planned launch of the service comes just weeks after the Civil Aviation Administration of Vietnam granted Vietjet approval to begin direct flights between Hanoi and Delhi. The LCC first announced plans to serve the route in March 2018.

Sabre data shows there were 234,707 two-way passengers between New York and Bogota in 2018, a rise of 12 percent compared with the previous 12 months.

Delta’s planned resumption of the New York - Bogota route comes four months after it announced an upgauge for the winter season of its flights to the Colombian city from Atlanta’s Hartfield-Jackson. From 27 October 2019, Boring 767-300ER aircraft will replace 757-200.

Ethiopian Airlines is to add a third destination in India with plans for a four-weekly non-stop passenger service between Addis Ababa and Bengaluru (Bangalore). The route will begin on 27 October 2019 using Boeing 737-800 aircraft. According to OAG Schedules Analyser, the Star Alliance member currently serves Mumbai twice-daily and Delhi 12 times per week. It also operates freighter flights to Bengaluru, Ahmedabad, Chennai, Mumbai and Delhi.

Bengaluru is the capital of the Indian state of Karnataka and dubbed the ‘Silicon Valley of India’, serving as a centre of technology and innovation. The city’s Kempegowda International Airport continues to grow rapidly with year-on-year capacity accelerating to 19 million departure seats in 2018, up 28 percent compared with the previous 12 months. Addis Ababa will become the only destination in Africa to be served from Bengaluru.

Data from Sabre Market Intelligence shows Ethiopia - India O&D traffic of 59,500 two-way passengers in 2018, a rise of 42.6 percent compared with 2013. However, the Bengaluru to Addis Ababa schedule has been timed to allow connections to the airline’s extensive network in Africa. Sabre data shows more than 276,700 passengers travelled from India to Ethiopia last year and 77 percent of those travelled to an airport beyond Ethiopian’s Addis Ababa hub. Johannesburg, Nairobi and Khartoum were the top three destinations.