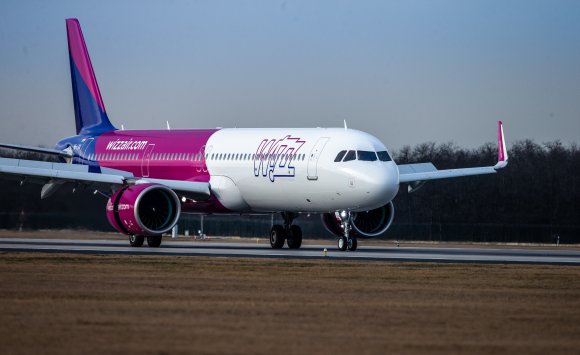 Hungarian budget airline Wizz Air is to begin operations at Edinburgh Airport, with the launch of four routes to European city break destinations.

From December, the carrier will connect Scotland’s capital with the Polish cities of Warsaw and Gdansk, Budapest in Hungary, and Bucharest in Romania. Edinburgh becomes the third city in Scotland to be served by Wizz in addition to Glasgow and Aberdeen.

“We know there is a large Polish diaspora within our neighbouring communities in Edinburgh, the Lothians and Fife, but we also know people in Scotland have a thirst for travel so having Wizz on board at Edinburgh is very exciting for us,” said Edinburgh Airport chief executive Gordon Dewar.

“Offering choice to our passengers is what we aim to do as it is that choice which enriches our knowledge of other countries and cultures while also taking Scotland to the world.

“Tourism plays such a crucial part in Scotland’s economy and it’s important that we look to broaden our horizons in the most sustainable way possible and demonstrate the fantastic offering that our country has.”

Wizz said the four new routes would increase capacity on its Scottish routes by 250,000 in 2020. It currently operates services between Aberdeen and Gdansk, and Glasgow to Budapest and Katowice.

Edinburgh’s Warsaw route will be four-weekly starting on 18 December 2019; Gdansk will start a day later and operate three times per week; Budapest begins on 21 December three-weekly; and Bucharest will be twice per week from 23 December.

According to data from OAG Schedules Analyser, Wizz will compete with Ryanair on Edinburgh to Budapest and Gdansk, and with Jet2.com on Edinburgh - Budapest.