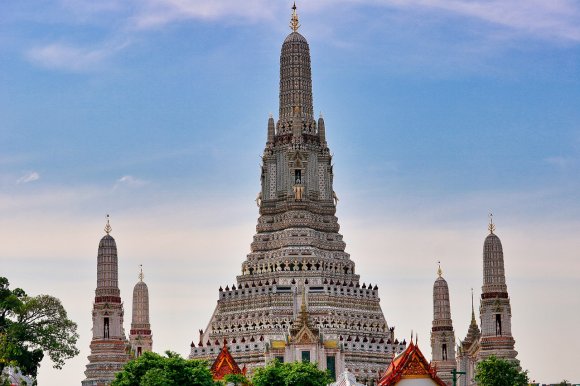 Indian full-service carrier Vistara has swiftly followed up news of its second international route with plans to open a third. The airline will start daily flights from Delhi to Bangkok in Thailand from 27 August 2019 on board Airbus A320 aircraft.

The launch comes after Vistara, a joint venture between Singapore Airlines and Tata Sons, confirmed Dubai would become its second overseas destination with daily flights from Mumbai. It began its first international route between Delhi and Singapore on 6 August 2019, while Mumbai - Singapore started a day later.

The airline will use its Airbus A320neo aircraft with three-class cabin configuration to fly to and from Bangkok Suvarnabhumi. OAG Schedules Analyser shows it will compete with Air India, SpiceJet, Thai Airways International and Go Air on the route. NokScoot also operates between Deli and Bangkok Don Mueang.

Kuwait-based Jazeera Airways is launching a new route to the UK later this year using its Airbus A320neo aircraft. The low-cost carrier will begin daily service between Kuwait City and London Gatwick from 27 October 2019. According to the airline, it is the first new service from the UK to Kuwait in 55 years.

At 4,649km, Jazeera’s Kuwait City - London Gatwick route will become one of the furthest in the world to be operated by A320neo. OAG Schedules Analyser shows the current furthest is Siberia Airlines’ flight between Moscow Domodedovo and Tenerife South at 5,256 km.  Jazeera currently has one A320neo and nine A320-200s in its fleet.

Ethiopian Airlines is to add a third destination in India with plans for a four-weekly non-stop passenger service between Addis Ababa and Bengaluru (Bangalore). The route will begin on 27 October 2019 using Boeing 737-800 aircraft. According to OAG Schedules Analyser, the Star Alliance member currently serves Mumbai twice-daily and Delhi 12 times per week. It also operates freighter flights to Bengaluru, Ahmedabad, Chennai, Mumbai and Delhi.

Bengaluru is the capital of the Indian state of Karnataka and dubbed the ‘Silicon Valley of India’, serving as a centre of technology and innovation. The city’s Kempegowda International Airport continues to grow rapidly with year-on-year capacity accelerating to 19 million departure seats in 2018, up 28 percent compared with the previous 12 months. Addis Ababa will become the only destination in Africa to be served from Bengaluru.

Data from Sabre Market Intelligence shows Ethiopia - India O&D traffic of 59,500 two-way passengers in 2018, a rise of 42.6 percent compared with 2013. However, the Bengaluru to Addis Ababa schedule has been timed to allow connections to the airline’s extensive network in Africa. Sabre data shows more than 276,700 passengers travelled from India to Ethiopia last year and 77 percent of those travelled to an airport beyond Ethiopian’s Addis Ababa hub. Johannesburg, Nairobi and Khartoum were the top three destinations.