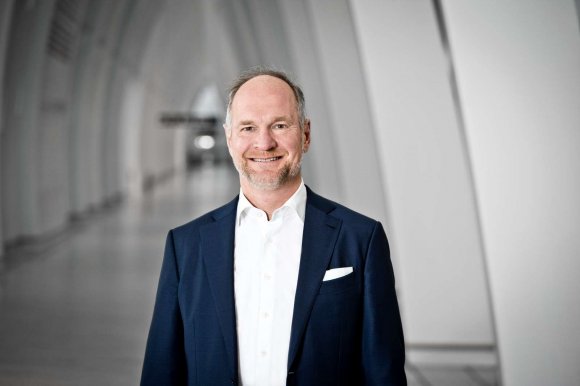 A total of 109,408 passengers travelled through Copenhagen Airports A/S (CPH) on Friday 28 June 2019, making it the busiest day in its 94-year history. The figure was nine more than the previous record, set on 25 June last year.

The latest milestone follows a period of strong growth for the Danish airport, where records continue to tumble. Passenger numbers totalled 30.3 million in 2018, 1.1 million more than the previous 12 months - equivalent to 16 full Boeing 737s every day of the year.

Although overall traffic in the six months to the end of June 2019 dropped marginally by 0.1 percent to 14.44 million passengers, chief executive Thomas Woldbye believe the performance has nevertheless been “remarkable” in the face of significant headwinds.

“We’re feeling the effects of the WOW Air and Primera Air’s bankruptcies, and the absence of their services to many summer destinations,” he says.

“In June of last year, the two airlines carried 55,000 passengers and we’re missing out on that traffic this year. So from that perspective, I believe matching last year’s record is really rather remarkable, especially as we also missed out on an expected 175,000 passengers this year, due to a SAS strike.”

Ryanair, Lufthansa, Wizz and Swiss have all increased seat capacity from Copenhagen this summer, OAG Schedules Analyser data shows, and other large airline partners like SAS and easyJet have maintained capacity at broadly the same levels to last summer.

In addition, Eurowings, which began flying from Copenhagen in January 2018, has upped the number of departure seats from CPH by two thirds this summer. LEVEL and Lauda have also started service from Denmark’s capital city.

Woldbye points to Copenhagen’s success at attracting long-haul routes as further driver for growth, with Chengdu, Hong Kong and Delhi just some of the destinations added to its network map in recent years.

“We have managed to achieve a hub in CPH that suits both short-haul and long-haul passenger segments within low-cost, hybrid carriers and full-service carriers,” Woldbye says.

“However, 41 long-haul routes is not an end goal. We want to attract even more long-haul routes, so that passengers to and from Denmark, Sweden, Norway, Germany, Poland and the Baltics can fly via CPH rather than via Amsterdam, London, Munich or Frankfurt.”

Among the destinations being targeted are Seoul, Johannesburg, Vancouver and Ho Chi Minh City. It also hopes to gain service to Manilla, Seattle and Mumbai.

Woldbye adds: “We have defined a list of unserved long-haul routes with the highest potential – both based on passenger data as well as market insights and tourism potential.”

“Additionally, we continuously work on to trying to attract more frequencies to underserved destinations with current and new airline partners. A good example is Singapore Airlines increasing the route between CPH and Singapore by two additional frequencies after more than 40 years on the route.”

To help secure new routes, Copenhagen lowered airport charges by 10 percent in 2018 and a further 5 percent in 2019 through a combination of a general charges reduction and increased incentives.

It has also introduced a new incentive structure, including a growth bonus and a hub incentive programme to airlines offering high feeder frequencies.

In addition, the Region of Greater Copenhagen has a Global Connected Route Development Programme, which was established in 2010 in order to improve accessibility to Denmark. Working with a range of partners, the scheme has helped the airport to close agreements with Air China, Sichuan and SAS.

Looking ahead, Woldbye says CPH has an “ambitious expansion and transformation plan” to accommodate further growth and be capable of handling 40 million passengers per year.

The first stage of its largest construction project in recent times was officially opened in June 2019: a 36,000 sq m Pier E with new gates and a passport control area. Pier E is also crucial for the airport to commence the next, even bigger construction project; an 80,000 sq m expansion of the terminals between Gates B and C.

“With Pier E, we achieve a crucial milestone in the work of creating a sustainable airport of tomorrow for the benefit of Denmark,” says Woldbye.

“Worldwide, in the coming decades, we are anticipating an increase in the number of passengers. It is therefore our task as an airport to create room for foreign businessmen, tourists and students who come to Denmark - and so that we can travel the world ourselves.”

He emphasises that future growth must be considered in line with ambitious targets in regard to climate and environment. This year CPH has become a carbon neutral airport by offset and the goal is to achieve an emission-free airport by 2030. By 2050 it aims to ensure that all aviation operations from the airport are completely emission free.

Woldbye adds: “Climate change is one of the greatest challenges the world is facing today, and we in the aviation industry must take lead in transforming the industry to meet that challenge.”

“At CPH we acknowledge that we are on a sustainable journey that just started. To meet our future goals, we need to rethink the way we do things.”

“We approach the challenge in an explorative way by testing and investing in new technologies and reach out to new partners with whom we can co-create the solutions of tomorrow.”