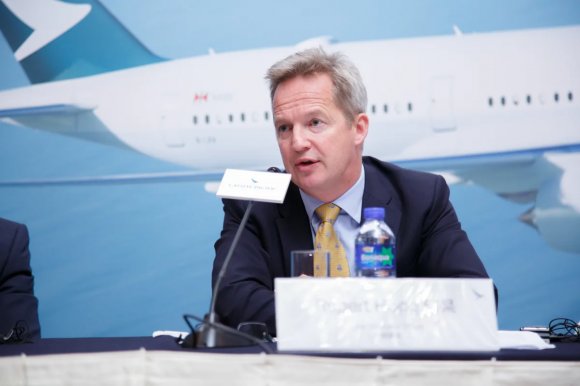 Rupert Hogg, the CEO of Cathay Pacific, has stepped down after the airline became embroiled in the Hong Kong protests taking place in recent weeks. Paul Loo has also left his role as chief customer and commercial officer.

Some Cathay staff took part in the protests, which have closed Hong Kong International Airport, causing frustration among Chinese officials.

“These have been challenging weeks for the airline and it is right that Paul and I take responsibility as leaders of the company,” said Hogg.

John Slosar, chairman of Cathay Pacific, said: “Recent events have called into question Cathay Pacific’s commitment to flight safety and security and put our reputation and brand under pressure.

“This is regrettable as we have always made safety and security our highest priority. We therefore think it is time to put a new management team in place who can reset confidence and lead the airline to new heights.

“Cathay Pacific is fully committed to Hong Kong under the principle of ‘One Country Two Systems’ as enshrined in the Basic Law.  We are confident that Hong Kong will have a great future.”

Ronald Lam will “remain chief executive officer of Hong Kong Express until a successor has been appointed”, the company said.