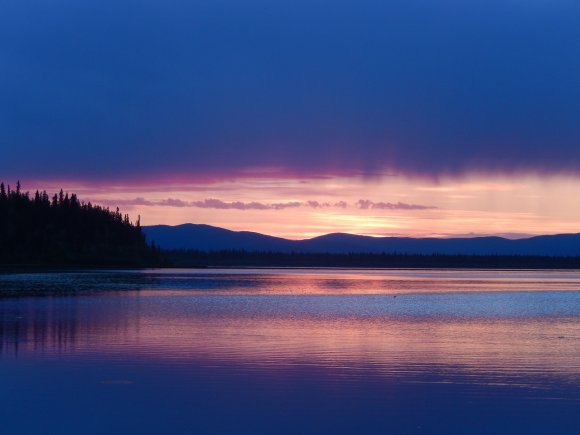 American Airlines is introducing three new routes to Alaska next summer season, including two to new destination Fairbanks. The airline will link Alaska’s second-largest city with Chicago and Dallas/Fort Worth, starting on 7 May 2020. The Chicago O’Hare route will operate daily until 6 October on board Boeing 737-800 aircraft, targeting local and connecting passengers who are looking to explore Denali National Park. It will also offer one-stop connections from 56 new cities.

United Airlines has served Fairbanks - Chicago since summer 2013, operating the seasonal route daily using Boeing 737-800. This summer the carrier extended the season of the service, beginning the end of April, versus June in summer 2018, and concluding in early October, versus August in 2018.

Two-way O&D traffic between the two cities was 14,280 passengers in 2018. According to data from Sabre Market Intelligence, of the passengers flying from Chicago to Fairbanks, 50 percent of the traffic was local and 50 percent was behind traffic. Fairbanks last year secured a $750,000 grant with the support of ASM North America to help develop new air services. The grant was from the U.S. Department of Transportation’s Small Community Air Service Development Program.

Chinese carrier Xiamen Airlines from late-September 2019 plans to extend its network in Cambodia, with flights between Xiamen and the coastal city of Sihanoukville. The service is scheduled to begin on 23 September 2019, operating daily using Boeing 737-800 aircraft. Xiamen Airlines currently connects Xiamen with two points in Cambodia - Phnom Penh and Siem Reap.

The airline will compete on the new route with three other carriers, all of which are Cambodian. JC International Airlines and Lanmei Airlines operate a three-weekly service, while Sky Angkor Airlines flies four times per week. All three airlines only began providing service this year.

O&D traffic between Xiamen and Sihanoukville was negligible in 2018 because there was no direct service. However, in the first seven months of 2019, the number of two-way passengers totalled 21,122. The addition of Sihanoukville to Xiamen Airlines’ network will prove popular with leisure travellers keen to experience the destination’s string of white sandy beaches, tropical islands and the mangrove jungles of Ream National Park.

In a change of focus this week, Route rundown takes a look at Finnair’s decision to discontinue its Helsinki – Ekaterinburg service. The airline currently serves this route four times per week with NORRA (Nordic Regional Airlines) Embraer E190 aircraft. As reported by Airlineroute, the last flight from Helsinki is scheduled on 8 October 2019, with the return from Ekaterinburg a day later.

Finland’s flag carrier began flying to Ekaterinburg, the Russian city located east of the Ural Mountains, 11 years ago in September 2008. Ural Airlines also served the route in 2011, 2012 and 2016.

Data provided by Sabre Market Intelligence shows that traffic between the two destinations has fluctuated in recent years. The number of two-way passengers totalled 4,280 in 2013 before spiking at 25,322 in 2016. However, the total dropped to 10,060 in 2017 and slipped further to 6,093 in 2018. Finland was Ekaterinburg sixth largest O&D market in Europe in 2017, but the Scandinavian country dropped to eighth in 2018. Italy, Germany and Spain remain the top three biggest markets.