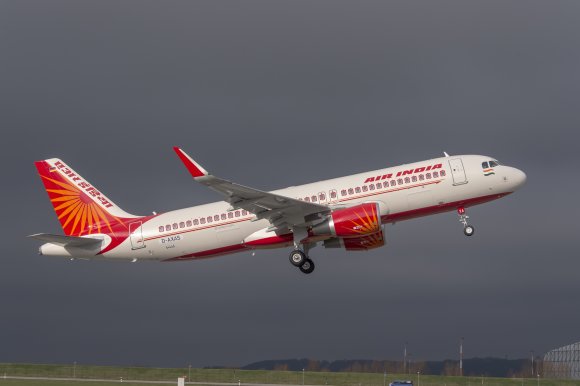 While uncertainty exists over its ownership - with India’s government seeking to fully exit the airline before the end of the financial year - it remains the market leader in terms of capacity deployment between India and international destinations.

According to data provided by OAG Schedules Analyser, the carrier’s total number of weekly airline seat kilometres (ASKs) on international routes from India totals 439 million during the week commencing 23 September 2019. This is 194.4 million more than Indigo in second position.

“We have a very vibrant market and even with a change in ownership we are confident that the airline will only grow in one direction – that is upwards,” a spokesperson said.

“Air India has already launched its new routes to Toronto and Nairobi this year, and has restructured its network and added new connections.”

In July, the Star Alliance member started routes from Indore and Kolkata to Dubai, while it is preparing to launch flights between Delhi and Seoul from 19 September. Service between Mumbai and Hong Kong will also begin on the same day.

In addition, Delhi - Toronto flights will start from 27 September, while Bali is on the radar. The four-weekly Mumbai - Nairobi will follow on 27 November.

“Air India’s strategy was to first fill the vacuum created by Jet Airways’ closure to minimise passenger inconvenience since April this year,” said the spokesperson.

“Air India is the only airline in India with long-haul operations and we have been able to step in to effectively bridge the gap between demand and supply.

“Within the capacity constraints, we have restructured some routes to offer non-stop services. We have also added some capacity into the system with which we have been able to launch the non-stop DEL-YYZ and BOM-NBO flights.”

After growing steadily on routes to Europe between 2014 and 2017, the airline’s pace of expansion has quickened in the last two years. In September 2019 it will offer 164,904 two-way seats on routes to Europe, compared with 140,800 during the same month two years ago.

The spokesperson explained: “We have physical operations to points which have not only a strong affinity to India, but also a good catchment area.

“Some of the points have given us the opportunity to provide east-west connection on our network which has helped build the route. As of now, we are constrained with capacity and hence we will continue with the present network in Europe and consolidate the same in the near future.”

Air India is hopeful that some of its capacity constraints will be eased in the coming weeks when 19 of its grounded aircraft are expected to re-join the fleet. It is understood that two Boeing 787s will be the first to be made available for service, followed by four Boeing 777s and 12 Airbus A320 family aircraft.