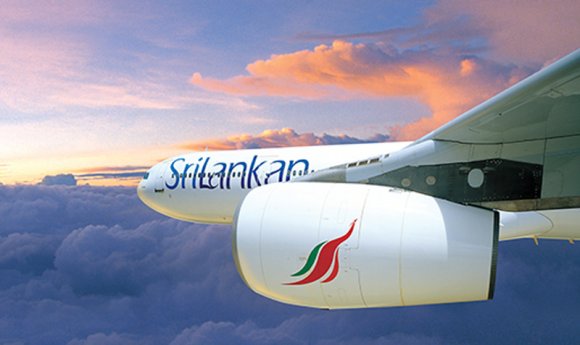 In the decade since Sri Lanka’s civil war came to an end, tourism in the island nation has grown five-fold to more than 2.3 million visitors per year. The sector accounted for 5 percent of GDP in 2018, almost exactly matching the amount of money that Sri Lanka’s government spends on servicing its foreign debt. With an ambitious target of 5 million visitors in 2021, officials had been hoping that tourism could pull the country out of its budgetary crisis.

However, that optimism evaporated on Easter Sunday in April, when a team of suicide bombers inspired by Islamic State killed more than 250 people in coordinated attacks on hotels and churches across the island. Although the terror cell was swiftly dismantled and months have passed without further violence, the economic consequences were always going to be severe. Visitor numbers collapsed by 57 percent year-on-year in June and the government has now slashed its forecast for annual tourism revenue by 26 percent.

SriLankan Airlines, the state-owned flag carrier, was already loss-making before the terror attacks and has little prospect of returning to the black any time soon.

Even so, CEO Vipula Gunatilleka is in no mood for hand-wringing. “The government is saying the contribution of the tourism sector is expected to come down. But our case is different,” he says. “We are not totally tourism-dependent… We have got a combination of traffic. And during the [development of our] business plan, we were only looking at 30 percent dependence on tourism.”

Gunatilleka’s initial response to the crisis was shifting capacity from the most security-sensitive markets to those that have traditionally shown more resilience. “In the UK and Europe we got a severe beating. The same in China,” he adds.

“But India and the Middle East has been holding on. In fact, India was more than the budget.”

Buoyant demand in India is partly down to the collapse of Jet Airways – a development that allowed SriLankan to upgrade its Delhi route from 14 to 18 flights per week.

However, with the airline projecting an $80 million drop in annual revenues due to the Easter attacks, low-yielding Indian traffic can only do so much for the bottom line. Achieving a network-wide recovery will be a “question of gradually rebuilding confidence”, Gunatilleka says, which makes planning difficult.

He cited Tokyo as an example: SriLankan went ahead with its pre-scheduled addition of a fifth weekly frequency this summer, but only after restructuring the route as a triangle flight via the Maldives. Provisional plans to make London Heathrow Airport a nine-times weekly service – up from daily – have meanwhile been scrapped, though the CEO blames this on slot constraints.

The airline presently flies to 16 points in the Indian subcontinent, nine in the Middle East, eight in the Far East, and one each in Europe, Australia and Africa. Its European network is a shadow of its former self, with routes to Paris, Frankfurt and Rome all being suspended in 2016. That followed the earlier grounding of Moscow and Zurich flights, as well as the steady reduction of frequencies to Heathrow. Gunatilleka is candid about the cause of SriLankan’s waning fortunes on the continent.

“Over the years the big three Middle Eastern carriers have eaten up our market,” he says, referring to the Gulf superconnectors Emirates, Etihad Airways and Qatar Airways.

“[Previously] we were carrying about 55 percent of the tourists coming to Sri Lanka. It has come down to 30 percent now, especially since we pulled out of Frankfurt and Paris. “But those are the markets we had in the business plan.”

The plan he is referring to is a five-year turnaround strategy unveiled by management just days before the April attacks. Gunatilleka, who returned to Colombo last year following a stint as TAAG Angola’s chief financial officer, had pitched it as a new dawn for the struggling flag carrier. Instead, his team is back at the drawing board to see what can be salvaged in the current, uncertain climate.

“We are revisiting the business plan,” he says. “It may not change the overall picture, but some of the milestones will get deferred.”

Strengthening the European network is considered vital. The original plan envisaged restoring Paris next year followed by Frankfurt in 2021. Although those timeframes now seem ambitious, Gunatilleka is adamant that both routes must rejoin the network. He believes the decision to close them three years ago was a commercial mistake, reflecting the airline’s uncompetitive aircraft lease rates rather than weak, underlying demand.

“One of the fundamental problems we have is the lease rates we pay. They are above the market [norm]. We all know that,” he shrugs. “If you apply the normal lease rates then all these are profitable routes.”

Elsewhere, Rome is “not a viable option” for restored connectivity and plans for a Sydney route have been suspended. But the Indian cities of Kozhikode and Ahmedabad will be targeted next year, and Nairobi, Kathmandu and an unspecified city in Vietnam may appear “sooner than we expected”.

Nairobi has long been on SriLankan’s wish-list, owing to Colombo’s geographical position mid-way between the eastern seaboards of Africa and China. Indeed, sixth-freedom connecting traffic was another pillar of the stalled turnaround plan. About 30 percent of the airline’s customers already use Colombo as a stopover for travel to onward destinations.

The heaviest flows are Australian and British passengers bound for the Maldives – which used be a secondary hub for SriLankan – and Indian passengers travelling to south-east Asia and Australia.

As well as promoting these well-established corridors, the airline also now markets its presence on the Kangaroo Route between Britain and Australia.

“[In the past] we only looked at direct point-to-point. We never looked at selling London to Melbourne,” Gunatilleka says. “Now we are doing that.”

But he stresses that transfer traffic is low-yielding and will not deliver a sustained recovery by itself. And the recovery needs to not only deal with the recent fallout of the terrorist attacks but also with the much more long-running financial issues. The airline posted a loss of 40 billion rupees ($235 million) for the nine months to December 2018 – almost quadruple the sum lost over the same period in 2017. It blamed the result on higher fuel costs, unfavourable currency movements and crippling debt repayments.

The reality for SriLankan is that no matter what management does to improve commercial performance, the airline’s legacy cost structure is not sustainable in the long-term.

“I can bring it to a break-even situation [operationally], but I can’t address the structural financing issues,” Gunatilleka insists. “We have about $700 million of state-backed debt – that has to be sorted out. Then there is the capitalisation of interest, and the third thing is the most challenging: the unions.”

Sri Lanka’s government offered some support in July when it announced temporary discounts on jet fuel, groundhandling charges and airport levies. But with the country still relying on bailout money from the International Monetary Fund, generosity is in short supply at all state-owned enterprises.

For now, therefore, the best Gunatilleka can realistically hope for is an absence of violence and a swift rebound in tourism to this enchanting but troubled country.