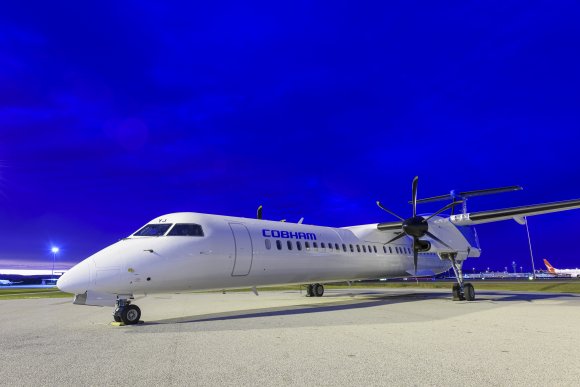 Under the new leadership of 37-year-old CEO Ryan Both, Cobham Aviation Services is building its brand awareness in Australia and on the global stage.

Among Cobham’s commercial work, the company is the only third-party passenger transport provider operating under the Qantas brand, using a fleet of 20 Boeing 717s and also providing pilots, cabin crew and maintenance support as part of a long-term contract. The aircraft carry more than 2.5 million passengers for Qantas each year.

Earlier in September, Cobham also extended an agreement with Qantas Freight for a further six years to operate its four BAe 146-300QTs that carry some 25,000 tonnes of freight annually between Adelaide, Melbourne, Sydney and Brisbane.

Under its own brand, Cobham also operates premium regional passenger flights, providing access to remote sites in Australia in support of the mining, oil and gas industries.

On top of the 146 freighters and 717s, Cobham’s fleet includes ten passenger 146s and an Embraer E190 that was delivered in May as part of a fleet modernization. The first of three de Havilland Q400s is scheduled to arrive in December.

Both’s return to Cobham as CEO—he was with the company between 2004 and 2011--follows work as senior vice president commercial at Melbourne Airport and as head of mining and resource sales at Virgin Australia.

Visiting World Routes, he told Show News, “We are largely a B2B organization and that is one of the reasons why we are less known. We are an enabler in the industry and we are doing things behind the scenes using someone else’s identity. Only our charter business uses our brand, but our impact on the industry is very significant.

“We are about double the size of the next largest player in the industry after Virgin Australia, so telling our story is one of the things I want to achieve … for us, the goal is to be known as the quality supplier that underpins this industry.”