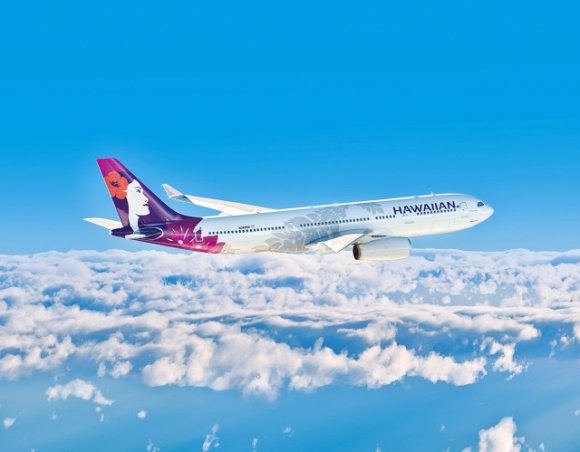 The Hawaii-Japan market is extremely competitive, with six airlines flying between the two countries. Hawaiian accounts for about a quarter of this market, said Brent Overbeek, Hawaiian’s senior VP for revenue management and network planning, at World Routes 2019.

The airline already serves four airports in Japan, and is due to add a fifth in November with a route from Honolulu to Fukuoka. Hawaiian has three flights a day to Tokyo, serving both Haneda and Narita airports. It expects to launch its fourth daily Tokyo flight next year using another Haneda slot awarded recently by the U.S. Transportation Dept.

Hawaiian has applied for antitrust immunity to form a joint venture with its partner JAL. The US DOT usually makes an initial ruling within a 180-day window, and such a timeline would indicate a tentative decision within the next few weeks, Overbeek notes.

The two airlines are already discussing some aspects of their partnership that are allowed without antitrust immunity, Overbeek said. Assuming they gain regulatory approval, they would probably look to begin aspects of the joint venture in early 2020.

The partnership allows Hawaiian to capture more traffic to Hawaii from cities beyond its Japanese gateways, said Overbeek. This is one of the reasons why the Haneda slots are so valuable for Hawaiian, as it can tap into JAL’s domestic network more easily. There are far more domestic flights at Haneda than Narita, and the partners will work to open more one-stop connections to Hawaii.

Hawaiian previously had a “light partnership” with ANA, said Overbeek. But after considering its options, it switched to JAL in 2018. Hawaiian will also codeshare on JAL routes to some Asian destinations beyond Japan.

The airline is not a member of one of the global alliances, and Overbeek indicated this is unlikely to change. While Hawaiian would “never say never,” the carrier judges that a global alliance would not fit with its business model well enough to justify the investment required.

In terms of fleet, Hawaiian is due to receive its 14th A321neo next week, said Overbeek. The Neos are used on routes to the U.S. mainland, allowing the carrier to introduce secondary routes that were not viable with its larger aircraft. It is due to receive another three by the end of this year, and the last of its 18 orders in Spring 2020.

The airline will have a “bit of a pause” in its fleet development between the last of the A321neos and the start of its Boeing 787-9 deliveries, Overbeek said. Hawaiian has 10 787-9s on order, with the first due to enter service in mid 2021.

Hawaiian has many options it could consider for long-term network growth, said Overbeek. The carrier may look at more Pacific rim international markets, including additional cities in Australia and Japan. In the U.S. market, Overbeek notes that Hawaiian has a strong West Coast presence and also flies to Boston and New York on the East Coast. However, Hawaiian’s network has a “void” in the middle of the country between Phoenix and the East Coast cities, and the airline may look to fill this gap.

The 787s could theoretically have the range to reach Europe, although Overbeek indicated any such route would be further in the future for Hawaiian. - Adrian Schofield