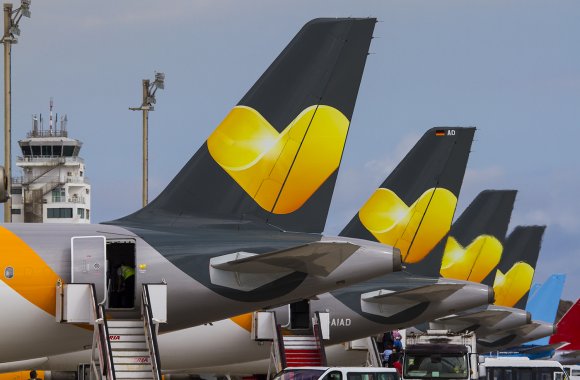 All of the 178-year-old group’s bookings, including flights and holidays, have now been cancelled. There are currently more than 150,000 Thomas Cook customers abroad, almost twice the number that were repatriated following the failure of Monarch two years ago.

“This marks a deeply sad day for the company which pioneered package holidays and made travel possible for millions of people around the world,” Fankhauser added.

The UK government has asked the UK Civil Aviation Authority (CAA) to launch a repatriation programme over the next two weeks. The CAA has already secured a fleet of aircraft from around the world to bring passengers back to the UK with return flights.

A statement from the CAA added: “Due to the significant scale of the situation, some disruption is inevitable, but the Civil Aviation Authority will endeavour to get people home as close as possible to their planned dates.”

Grant Shapps, the UK’s transport secretary, described the repatriation task as “enormous” and “the biggest peacetime repatriation in UK history”.

Thomas Cook had secured a £900m rescue deal led by its largest shareholder, the Chinese conglomerate Fosun, in August. However, a demand from its lenders to raise a further £200m in “seasonal standby” contingency funding could not be met.

Fankhauser said: “Although a deal had been largely agreed, an additional facility requested in the last few days of negotiations presented a challenge that ultimately proved insurmountable.”

The rescue package would have resulted in Fosun taking control of its tour operator arm, as well as giving it a minority stake in its airline in return for £450m of capital.

Thomas Cook’s lenders and debtholders would have provided the remaining £450m for a majority stake in its airline and a minority holding in the tour operator.