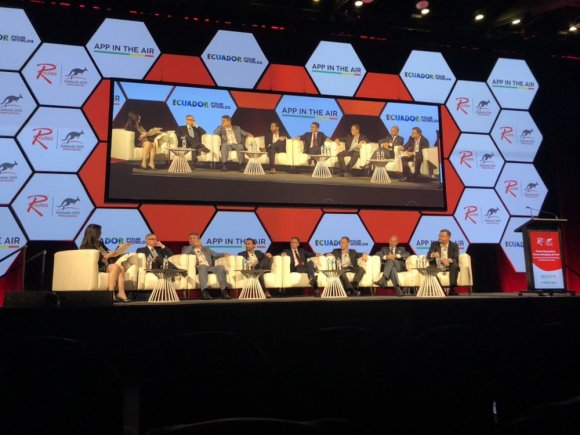 The latest widebodies and narrowbodies are making new routes possible. For example, the 787 has been used to open more than 235 new nonstop airport pairs, said Alex Heiter, Boeing’s director for airline network, fleet and revenue planning. And the longer-range (XLR) variant of the Airbus A321neo will be able to fly transatlantic routes “deeper into the U.S.” and connect markets such as Australia and Japan, said Yves Renard, Airbus head of market intelligence and consulting.

New-generation widebodies such as the 787 and A350 are making long-range routes to high-altitude airports more feasible, said Alvaro Gonzales, CEO of Bogota El Dorado International Airport. This is particularly important at airports such as Bogota, at an altitude of 2,600m.

Pereira sees electric aircraft playing a large role in future fleets. “There’s a race now for electric propulsion, all [manufacturers] are looking at this.” He predicted that the eventual replacement for 50-seater aircraft will be electric.

Boeing’s Heiter believes urban air mobility will be one of the major issues facing the aviation industry, and will have a huge impact over the next 10-15 years.

This concept raises important questions for airlines and airports about how they respond to this technology. Boeing subsidiary Aurora Flight Sciences is doing a lot of work in this area, Heiter said. -Adrian Schofield, adrian.schofield@informa.com