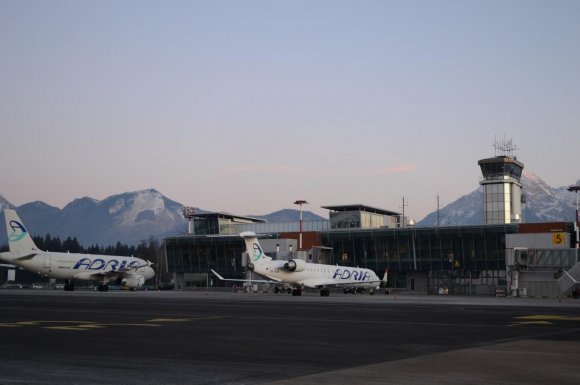 Star Alliance member Adria Airways has cancelled all scheduled flights and filed a motion for bankruptcy proceedings in a Slovenian court.

A statement from the airline said bankruptcy proceedings at the Kranj District Court have been initiated by its management because the business in insolvent. The court has three days to decide whether to accept the petition.

Adria Airways suspended the majority of its flights on 23 September 2019, initially for two days, but the suspension was extended on two more occasions until 30 September.

The carrier has been owned by 4K Invest, a Luxembourg-based private equity fund, since August 2016. According to its website, it operated three Airbus A319s, nine CRJ900s, two CRJ700s and six Saab 2000 turboprops.

Founded in 1961, Adria Airways’ network was all short and medium-haul routes in Europe. It mainly operated from its hub in Ljubljana, the capital of Slovenia, as wells as bases in Priština, Kosovo and Tirana, Albania.

According to data from OAG Schedules Analyser, the airline was this week (w/c 30 September 2019) scheduled to operate 352 flights, with 31,970 available seats. The majority of departures were set to take off from Ljubljana, with 156 departures and 13,217 seats.

Adria Airways was the dominant carrier at Ljubljana Jože Pučnik Airport, with a 54.5 percent capacity share of seats. Low-cost carrier easyJet ranks second with 10.8 percent, followed by Turkish Airlines in third with 8.5 percent.

The airport, which is owned by Fraport, said it “deeply regrets” the demise of the airline, which has been “an important and valuable business partner from the opening of the airport in 1963 onwards”.

“Fraport Slovenija’s immediate concern is to support the passengers that have been left without flight connections and to maintain safe and smooth operations at the airport,” a statement added.

Of the 21 routes in its network, the airline faced competition on just six of them. Its bankruptcy means 15 of them are therefore now unserved non-stop.

The failure of carrier, which also operated its aircraft under wet lease agreements, comes less than two years after its Swiss subsidiary filed for liquidation.

SWISS will be the first to establish new flights and will be operating five weekly services from Zurich to Ljubljana starting on 16 October. From 27 October onwards, the airline will extend its offering to a daily connection with the start of the winter schedule.

From its hub in Frankfurt, Lufthansa will operate twice a day offering 14 weekly connections to Ljubljana starting in the winter schedule on 27 October. The Lufthansa hub in Munich will follow by offering daily connections beginning on 1 November.