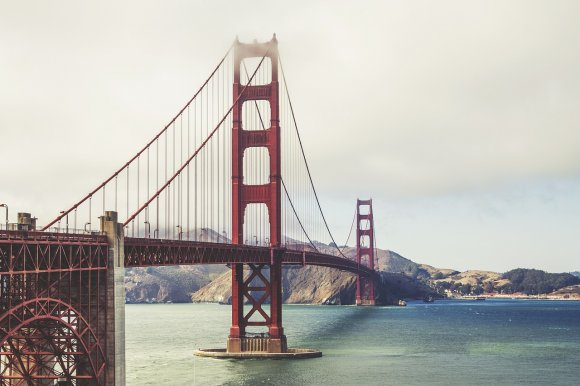 Alitalia is to resume service to San Francisco during the 2020 summer season, almost 20 years since the SkyTeam member last flew to the Californian city. The airline will fly three times a week on Mondays, Thursdays, and Saturdays between Rome Fiumicino and San Francisco International, starting on 1 June 2020. It will operate the seasonal route on board Boeing 777s in a three-class configuration.

The Rome - San Francisco route is currently unserved non-stop, but Air Italy this summer served Milan Malpensa - San Francisco four times per week on board Airbus A330-200. Service will end in October and resume in late March 2020. Figures from Sabre Market Intelligence show that O&D traffic between San Francisco and Italy jumped by 32 percent in 2018 to more than 407,000 two-way passengers.

Russia’s flag carrier Aeroflot will next summer resume service to resume between Moscow Sheremetyevo and Osaka Kansai, previously served until October 2003. The route will begin on 15 June 2020, operating four times per week with Airbus A330-200 aircraft.

Aeroflot currently operates one route to Japan on its own metal, flying daily between Japan’s capital and Moscow Sheremetyevo. It also serves Vladivostok – Tokyo Narita five-weekly under a codeshare agreement with Aurora Airlines. This route launched in March 2019 using Airbus A319 aircraft. Osaka, meanwhile, is connected to one point in Russia. S7 Airlines serves Osaka Kansai - Vladivostok twice a week.

In September, Routes’ sister company CAPA reported that an MoU signed between Japan and Russia will increase Russia-Japan frequencies from 80 to 174 times weekly, as well as providing Russian carriers with Tokyo Haneda slots.

International Airlines Group’s (IAG) low-cost brand LEVEL is to launch its sixth destination from the French capital with a three-weekly service between Boston and Paris Orly. The carrier plans to begin the route on 31 March 2020 using Airbus A330-200 aircraft. At the same time, it will also increase its Barcelona - Boston service to four times per week.

The Boston route will be LEVEL’s third to the US in addition to its New York Newark and Las Vegas, which starts on 30 October. The airline also flies to Guadeloupe, Martinique and Montreal from Paris Orly. It will compete with Air France and Delta Air Lines, which currently both fly daily from Paris Charles de Gaulle, and Norwegian, which operates the same route four-weekly.

Plans for LEVEL’s new route come as Boston readies for a significant uplift in transatlantic frequencies. Delta is expanding its Boston – Paris CDG with the addition of a second daily flight on board Boeing 767-300ER, starting on 21 May 2020. In addition, the SkyTeam member will launch Boston – Rome on the same day, which will run until 7 September.

American Airlines is also to open a non-stop service between Boston and London Heathrow from 29 March 2020, operating daily on board Boeing 777-200 aircraft. From 21 May 2020, Delta will return to London Gatwick after an eight-year hiatus with a new daily flight from Boston.