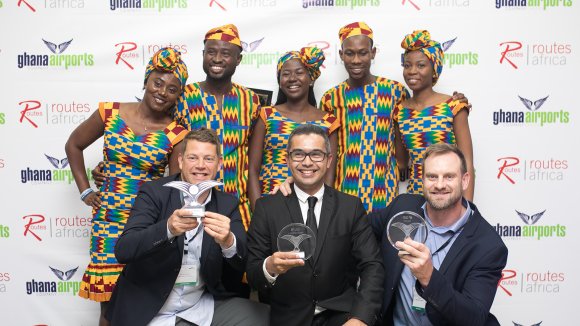 For over 20 years, Routes has recognised excellence in airport and destination marketing. Voted for and judged by the airline networking planning community, the Routes Africa Awards are regarded as some of the most prestigious accolades in the industry.

Airline network planners can help set the benchmark for the route development marketing in the region by voting for the organisations that have delivered exceptional marketing support over the past twelve months. When voting airlines should consider the organisations that have provided the best overall marketing services including market research, marketing and communications activity and business case presentations. Have your say.

Last year, Cape Town Air Access was crowned the Overall Winner of the Routes Africa Awards. The organisation was highly praised for assisting their local airport in establishing 13 new routes and the expansion of 17 existing routes, doubling the seat capacity at the airport.