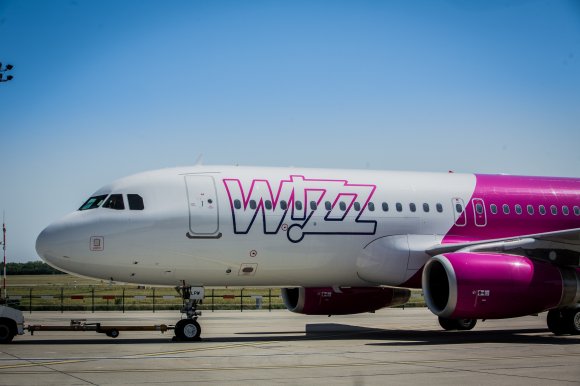 Central and Eastern European budget carrier Wizz Air is further expanding its Romanian operations next year, basing a third Airbus A320 in the city of Iasi from August 2020.

“Bringing the third Wizz Air aircraft to our base and operating six new destinations by this company, two of them operated from Iasi for the first time, such as Berlin and Bari, shows that the airport is in a continuous development and that is a stable and reliable partner,” said Cătălin Bulgariu, Iasi Airport’s manager.

“The development and consolidation of the position of Iasi Airport among airports in the country are also confirmed by the fact that at the end of September our airport crossed the one millionth passenger number, one month earlier than last year.”

Maricel Popa, Iași County president, added: “I am pleased to note that new air travel will link the North East region of the country with six much-needed destinations. Both residents of Iași and from entire region have repeatedly requested the introduction of flights to Verona, Turin or Barcelona.”

The expansion from Iasi comes just weeks after Wizz confirmed it will increase its fleet in Bucharest, the capital of Romania, to 12 aircraft. An additional Airbus A321 aircraft will be stationed at the airport from June 2020, enabling it to launch a new route to Lyon and increase service to Milan (11 to 14 weekly), Turin (3 to 4x) and Tel Aviv (9 to 14x).

According to figures from OAG Schedules Analyser for w/c 7 October 2019, Wizz currently operates 144 routes from ten airports in Romania, offering about 200,000 weekly two-way seats. The airline, which launched operations in the country from Bucharest in 2007, said it would have almost 11 million seats on sale on its Romanian routes in 2020.

The carrier is the biggest airline by seats in Romania’s market, with a 40.8 percent share of capacity. Romanian airlines Tarom and Blue Air are second and third, with a capacity share of 15.3 percent and 12.8 percent respectively, while Irish LCC Ryanair is fourth with 7.4 percent.

OAG figures reveal that Wizz will offer 9.89 million seats to/from and within Romania this year, up by 12.1 percent or 1 million seats year-on year.

Romania’s aviation market has grown strongly in recent years, accelerating by 20 percent year-on-year to 19.2 million seats in 2016 and by 21 percent to 23.2 million in 2017. Growth since then has slowed, with an increase of 6 percent in 2018. This year the figure is set to rise by 1.8 percent to 25 million seats.

In addition to the expansion in Romania, Wizz will add another Airbus A321neo aircraft at its base in Budapest in June 2020 and launch of three new routes to European cities from the Hungarian capital.

From next summer, the airline will operate a daily service to Brussels Airport, in addition to Brussels Charleroi which it has served since 2004. Routes are also being launched Ukrainian cities Lviv and Kharkiv, both twice-weekly.

Budapest Airport was last month crowned the overall winner of the World Routes 2019 Awards, as well as winning the 4-20 Million Passenger category. The airport’s passenger numbers have increased by double digits over the last four years, with 2018 recording a rise of 13.5 percent to 14.9 million.