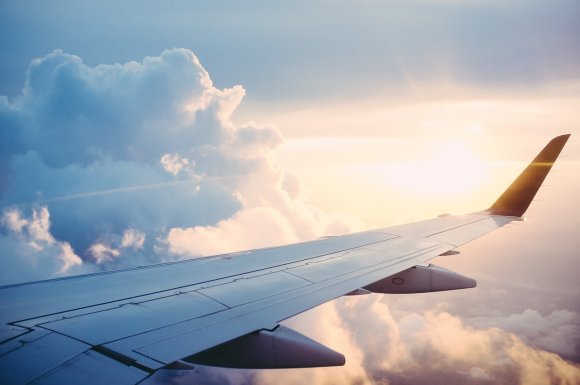 Global passenger demand, measured in total revenue passenger kilometres (RPKs), climbed 3.8 percent in August 2019 compared to the same month last year, according to figures released by IATA. This was above the 3.5 percent annual increase for July.

“While we saw a pick-up in passenger demand in August compared to July, growth remains below the long-term trend and well-down on the roughly 8.5 percent annual growth seen over the 2016 to Q1 2018 period,” said Alexandre de Juniac, IATA’s director general and chief executive.

“This reflects the impact of economic slowdowns in some key markets, uncertainty over Brexit and the trade war between the US and China. Nonetheless, airlines are doing a great job of matching capacity to demand.”

In addition, it will begin service to Louis Armstrong New Orleans International Airport on 15 November 2019.

“Cincinnati and Northern Kentucky residents have welcomed our low fares and friendly flying experience and we look forward to continue our outstanding partnership with the airport and community.”

Austrian Airlines will become Birmingham Airport’s newest airline from 1 January 2020 when it begins direct scheduled services to the Austrian capital of Vienna.

During the winter season, the carrier will operate a four-weekly service on Mondays, Wednesdays, Fridays and Sundays. From summer 2020, this will increase to a daily schedule.

Tom Screen, Aviation Director at Birmingham Airport, said: “With services initially operating four times weekly, the carrier will grow to daily flights by the summer 2020 and we look forward to welcoming yet another Star Alliance carrier to Birmingham Airport which will provide more choice to onward destinations across Asia and Eastern Europe.”

The Austrian Airlines service, which will replace the current point-to-point Eurowings flights, will be operated by an Embraer 195 aircraft with a capacity of up to 120 seats.

It will also add an additional daily flight between San Juan and Philadelphia International Airport on 1 March 2020.

“We are constantly looking for growth opportunities in our network and we are so proud of the growth we have had in Puerto Rico over the years,” said John Kirby, Spirit’s vice president of network planning.

Air Transat has become the first airline to operate the Airbus A321neoLR on transatlantic flights to the UK.

The aircraft arrived at London Gatwick from Toronto Pearson Airport on Tuesday (8 October 2019) and will enter regular operation on Air Transat’s daily service on the route from November. It will also make its debut at Glasgow Airport on 31 October.

The first of the Canadian carrier’s A321neoLR joined its fleet in May 2019 with a total of 15 set to join the airline’s all Airbus fleet by 2022.

Canada's Swoop, the WestJet subsidiary, has launched flights between Ontario’s London International Airport and Las Vegas McCarran. The route will operate twice-weekly on Thursday and Sunday.

This addition to Swoop's network is the sixth route from London, with year-round and seasonal routes including Orlando, Cancun, Abbotsford, Edmonton and Halifax.

"The addition of the London - Las Vegas route provides the opportunity for more Canadians to travel throughout North America at a price that works for them," said Steven Greenway, president of Swoop.

OAG data shows that Swoop is the only operator on the route.