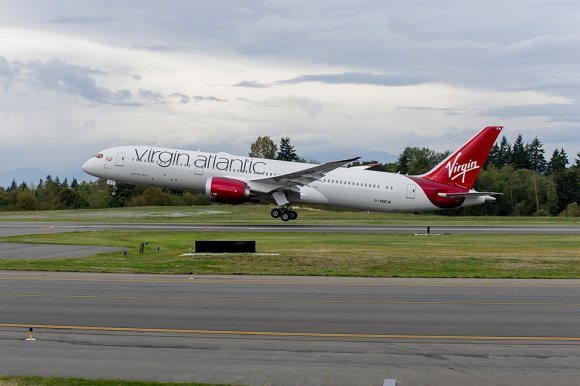 Virgin Atlantic is to enter into a joint venture with SkyTeam members China Eastern and Air France-KLM, which already partner on routes between Europe and China.

The proposed joint venture, expected to launch in spring 2020, will also allow passengers to take advantage of China Eastern’s domestic network, which includes 188 destinations across mainland China. The news comes as Virgin Atlantic marks its 20-year anniversary of flying to Shanghai.

“Our announcement today regarding our intention to enter into a joint venture with China Eastern and Air France-KLM truly emphasises our commitment to China and our growing portfolio in the Far East,” said Juha Jarvinen, chief commercial officer at Virgin Atlantic.

“We have a strong heritage of flying to China and I’m delighted that this announcement comes at a time when we celebrate 20 years of flying between London and Shanghai, further cementing our dedication to the region for another generation.”

Air France and China Eastern started their cooperation in 2000 in the form of a codeshare agreement on the Paris – Shanghai route. The partnership was formalised in 2012 thanks to a joint venture agreement.

KLM joined the joint venture in 2016, extending the agreement to the Amsterdam – Shanghai route. In January this year, the deal was further extended to include two additional routes, Paris – Wuhan and Paris – Kunming. Since October 2017, China Eastern has also held 8.8 percent of Air France-KLM’s share capital and has one member on the group’s board of directors.

The US Department of Transportation tentatively granted antitrust immunity to the latest deal in August, which the carriers said would offer “the most comprehensive route network, convenient flight schedules, competitive fares and reciprocal frequent flyer benefits” for passengers.

Details of Virgin Atlantic’s planned joint venture with China Eastern and Air France-KLM emerged as UK regional airline Flybe confirmed it will rebrand as Virgin Connect. Flybe was acquired earlier this year by Connect Airways, which is owned by Virgin Atlantic and its partners Stobart Group and Cyrus Capital.

He added: “We are hugely excited by this milestone in our airline’s 40-year history. We will remain true to our heritage and reason for being, which is offering essential regional connectivity to local communities.”