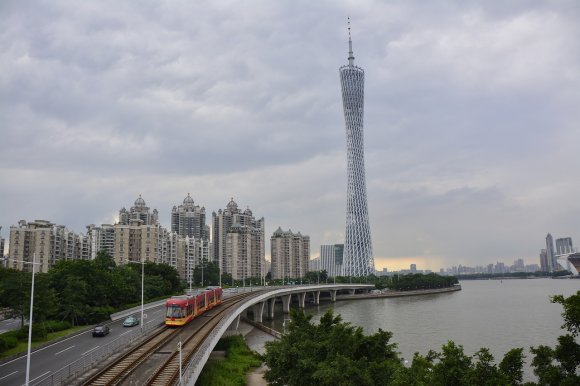 Cebu Pacific will next month launch direct flights between Clark International Airport and Guangzhou, the Chinese city which hosted World Routes 2018, becoming the first Philippine carrier to link the two cities. Starting on 11 November 2019, the route will operate four times per week on Monday, Wednesday, Friday and Saturday using Airbus A320 aircraft.

The route, which is currently unserved, is expected to cater for increasing demand for leisure and business travel, as well as further enhancing the potential for investments in the special economic zones in the Philippine region of Central Luzon, including the 9,450-hectare New Clark City.

Cebu Pacific currently flies 27 times per week between the Philippines and mainland China, with direct flights between Shanghai, Manila and Cebu; as well as Manila and Beijing, Guangzhou, Xiamen and Shenzhen.

"With direct air service between Clark and Guangzhou, it will be easier for entrepreneurs and businessmen in the e-commerce space to meet up with suppliers, said Alex Reyes, Vice President for Commercial of Cebu Pacific. “They can conveniently attend mega-trade events such as the popular Canton Trade Fair.”

A month after Hungarian budget airline Wizz Air confirmed the launch of flights between Budapest and Kharkiv from next June, low-cost rival Ryanair has announced its own plans to serve the route. Ryanair will fly two times per week between Hungary’s capital and the second-largest city in Ukraine. It will also start the route in January 2020, five months before Wizz begins its twice-weekly service on board Airbus A320.

Kharkiv marks Ryanair’s third Ukrainian link from Budapest in addition to Lviv and Odesa. Budapest Airport, which was named Overall Winner at the World Routes 2019 Awards in Adelaide, said the airline would now offer more than 125,000 seats from Budapest to Ukraine during the summer 2020 season.

Until this month Budapest had just two links to Ukraine: Ukraine International’s Kiev Borispol flights and Wizz’s to Kiev Zhuliany. However, for the winter 2019/20 season, Ryanair and Wizz will both begin service to Odesa. Ryanair will also begin flights to Lviv in March 2020, while Wizz will start Lviv and Kharkiv flights in June 2020.

United is resuming a Los Angeles – Anchorage seasonal service from 18 June 2020, which will operate daily until 17 August using Boeing 737-800 aircraft. As reported by Airlineroute, the Star Alliance carrier previously served the route in summer 2002.

In total, it will have a 7.7 percent capacity share of the total departure seats available from Alaska’s largest city during the season, placing it as the fourth largest airline. Alaska Airlines will command a 60.4 percent share, Delta Air Lines 13.3 percent and Corvus Airlines 11.1 percent, according to the latest schedules data available on OAG.