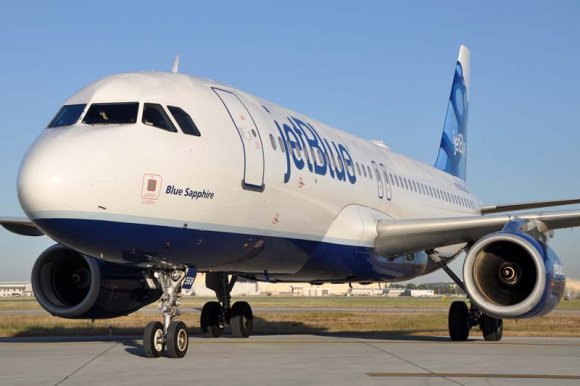 New York-based JetBlue is ending flights to Mexico City from early January and reshaping its Caribbean operation in order to redeploy capacity to more profitable markets.

The carrier will end service to Mexico’s capital from 9 January 2020, less than three years after securing slots that SkyTeam partners Delta Air Lines and Aeromexico gave up to win antitrust immunity for their cross-border joint venture.

Speaking to analysts following the publication of its third quarter financial results, president and chief operating officer Joanna Geraghty said its Latin and Caribbean operations have this year been “impacted by unique events in a number of markets”.

“We saw demand and competitive capacity challenges begin earlier this year, but ramped significantly through the summer,” she said.

“We've taken quick action and are redeploying capacity to manage demand in the impacted markets. We continue to be bullish on the region long term. Over the years, we've invested in a portfolio of leisure and VFR markets that had and continue to produce strong margins for JetBlue.”

Geraghty added that every city and every route “has to earn its way into the network” and, if it is underperforming and cannot be turned around “in a meaningful way”, capacity will be redeployed elsewhere in order to protect margins.

Scott Laurence, the carrier’s head of revenue and planning, explained that the redeployment should allow for more day-time transcontinental flights, as well as added capacity on routes from the US Northeast to Florida and seasonally to the Caribbean.

JetBlue launched flights to Mexico City from Fort Lauderdale and Orlando in October 2015. In 2017 the carrier obtained improved time-slots at the Mexican airport as part of the Delta and Aeromexico divestment process.

However, overcapacity on transborder routes has created challenges for carriers in recent years.  Alaska Airlines, which in 2017 received four slot pairs to Los Angeles, San Francisco and San Diego, pulled out of the market in November 2018.

Southwest, which served Mexico City from Houston William P. Hobby, also withdrew from the market in March 2019, leaving JetBlue as the only US low-cost carrier serving Mexico City.