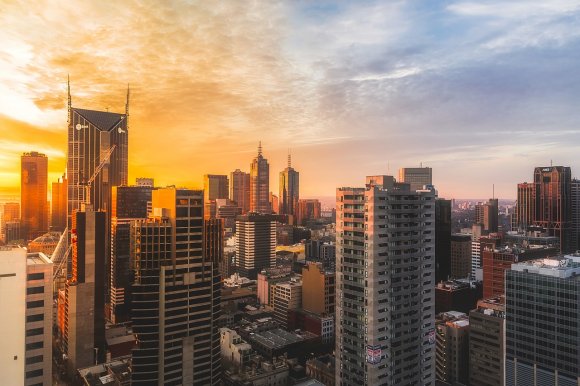 Vietnamese low-cost carrier VietJet is launching its first direct service to Australia during the second-half of next year. The airline plans to begin a four-weekly route from Ho Chi Minh City to Melbourne’s Avalon Airport, becoming the second airline to operate international flights out of the airport after Air Asia X.

VietJet announced in March 2018 that it had signed an agreement with Brisbane Airport Corporation to open a non-stop service between Ho Chi Minh City and Brisbane, which was expected to be its first link to Australia. At the time, it said the route would launch in 2019, but service is yet to begin.

Daniel Andrews, the Premier of the state of Victoria, said VietJet’s route to Avalon Airport would help to build on the 50,000 tourists who visited Victoria from Vietnam in the past year and contribute to the Victorian Government’s goal of increasing visitor spending to A$36.5bn by 2025. Andrews also announced that the government plans to set up its 23rd trade and investment office in Ho Chi Minh City.

It is estimated that more than 150,000 Vietnamese people live in Victoria so VietJet’s new route should generate VFR traffic, in addition to leisure. There are also 13,000 Vietnamese students enrolled in Victorian educational institutions. VietJet will compete on a city pair basis with Vietnam Airlines, which flies between Ho Chi Minh and Melbourne six-weekly, and Jetstar’s three-weekly service.

Athens will become Ethiopian’s 20th destination in Europe and takes the airline’s overall international network to 126 destinations. The route will become the eighth between Athens and the continent of Africa, in addition to Aegean Airlines’ flights to Alexandria, Cairo, Casablanca and Marrakech; Egyptair to Cairo; Royal Air Maroc to Casablanca; and Ryanair to Marrakech.

Speaking about the resumption of Athens flights, Ethiopian’s chief executive Tewolde GebreMariam, said: “As one of the world’s oldest and historic cities, the city enjoys a high level of tourism from visitors across the world. Hence, the resumption of the service to Athens will help meet the exponential demand from global tourists, as well as provide them with more connectivity options within our extensive global network.”

Ural Airlines has opened reservations for its planned service to London Stansted, which will now operate from Moscow Domodedovo. The carrier previously intended to serve the UK airport from Moscow Zhukovsky. It will fly the new route four times per week using Airbus A320 aircraft, effective from 20 December 2019.

Although the UK - Russia market remains underserved, capacity between Moscow and London has steadily increased in recent years. According to data from OAG Schedules Analyser, there are 21,422 weekly two-way seats between the capital cities, up by 40 percent in three years.