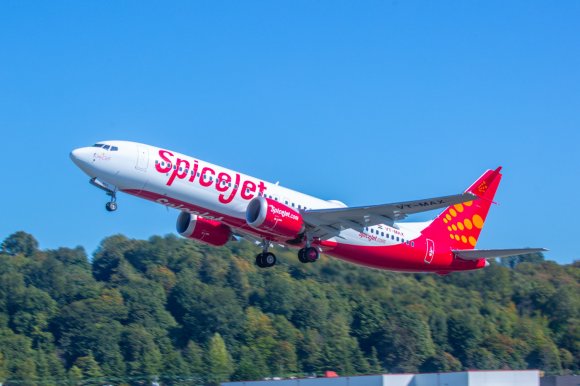 SpiceJet has signed an agreement to open its first international hub at Ras Al-Khaimah in the United Arab Emirates (UAE) and is seeking to launch a new airline from the airport.

The low-cost carrier has entered a Memorandum of Understanding with RAK International Airport to “co-operate, develop and promote tourism”. It said it sees “tremendous potential” to grow from the base.

SpiceJet’s first flights between Delhi and Ras Al-Khaimah will begin in December 2019 and operate five times per week.

Chairman and managing director Ajay Singh told reporters that the planned new airline would provide an alternative for traffic between India and Western Europe.

“We are applying for certification shortly and the approval will take around three to six months,” Singh said. “The new airline will help connect India with Eastern and Western European destination using RAK as hub.”

Singh said that about four to five jets would be based in Ras Al-Khaimah. These are expected to be Boeing 737 MAXs once they have been cleared to fly again.

Ras Al-Khaimah is the northernmost emirate of the UAE. OAG data shows that Air Arabia is the largest airline at RAK International Airport with 3,000 weekly departure seats across five routes to Cairo, Islamabad, Jeddah, Lahore and Peshawar.