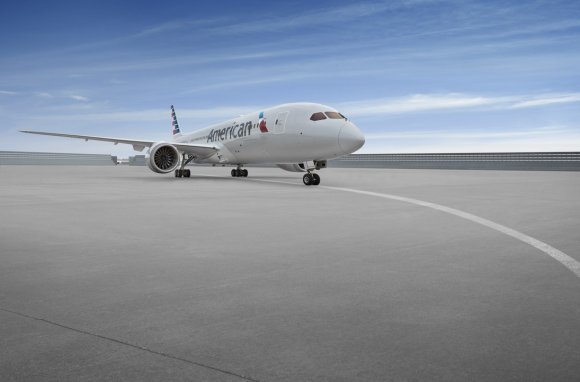 American Airlines is launching a direct seasonal route from Los Angeles to Christchurch in New Zealand from next October, as well as adding service between Dallas Fort Worth and Auckland.

The carrier will fly to Christchurch three times per week from 25 October 2020 through to 24 March 2021, using Boeing 787-8 aircraft featuring 20 business seats and 28 premium economy. The flight time will be about 13 hours.

The new route to Auckland will start on the same day and operate until 25 March 2021, initially three-weekly before increasing to daily on 1 December 2020. Flights will be operated on board 787-9 aircraft, with 30 business seats and 21 premium economy seats.

The US airline will be the only operator of non-stop flights on both the Los Angeles - Christchurch and Dallas Fort Worth - Auckland sectors, according to OAG Schedules Data.

The Oneworld member said the new routes are a direct result of the recently approved joint business with Australia’s flag carrier Qantas. The joint venture received antitrust immunity in July 2019, almost three years after a previous application was rejected.

The decision allows the airlines to coordinate fares and schedules on services between the US and Australia and New Zealand. The two expect the partnership will generate 180,000 new market passengers annually, stimulated by additional codesharing and new flights.

The carriers added there would be $310m in annual consumer benefits, of which $221m comes from codeshare availability improvements and $89m from an 8 percent reduction in price per interline ticket.

Following the approval, Qantas confirmed it will begin service from San Francisco and Chicago O’Hare to Brisbane from next February and April respectively. Qantas will also increase from six weekly flights between Sydney and Dallas Fort Worth to daily service by mid-2020. In addition, it will place its code on American’s New Zealand routes.

Christchurch is the largest city in the South Island of New Zealand and currently has no direct routes to the US. Qantas and Jetstar will connect passengers from the city on to Wellington and Melbourne.

The flights between Dallas Fort Worth and Auckland will enable new one-stop connections to New Zealand from more than 70 cities across the US.

“Now, we’re able to get customers from places like Louisville, Savannah or Monterrey, Mexico, all the way to New Zealand with just one stop,” said Vasu Raja, American’s senior vice president of network strategy.

Figures from Sabre Market Intelligence show that the number of two-way passengers between the US and New Zealand grew by 75 percent from 2013 to 2018. The number reached 971,457 in 2018, although this was a 3 percent drop year-on-year.