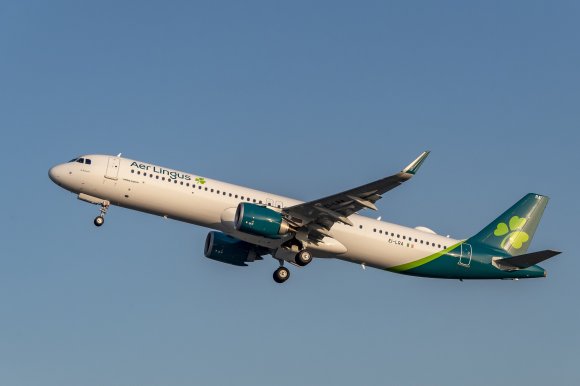 International Airlines Group (IAG), the parent company of British Airways, has expressed its disappointment with Airbus over delivery delays to the A321neo, saying it has been forced to replan its network.

Airbus has been beset by delays at its manufacturing plant in Hamburg as it tries to increase output of the A321neo and A321LR. Earlier this week the European plane maker said that the ramp-up of production “remains challenging”.

“It's very clear that the 321 Hamburg issues at Airbus have [and] are going to take some time to fix, so we are anticipating delays on deliveries to 321s,” said Willie Walsh, chief executive of IAG.

“We've now replanned our network, particularly in regard to the Aer Lingus transatlantic to reflect planned 321LR delays, which we see continuing through [2020] and 2021 and maybe into the early part of 2022.”

However, the Irish airline only took delivery of the first of eight A321LRs on 29 July, meaning that the Dublin – Montreal route has been postponed until 2020.

Walsh described the delays as “disappointing” but said the good news was that IAG now has a “better sense of the extent of these delays”.

Speaking on a call with analysts following the publication of its third quarter financial results, Walsh confirmed that IAG has expressed an interest in “a very limited number” of slots at London Gatwick following the failure of UK holiday airline Thomas Cook.

However, he said: “The general slot portfolio that the Thomas Cook has at Gatwick wasn't that very particularly attractive. And with the exception of some limited slots, we've no interest in any of the residual assets or activities of the Thomas Cook Group.”

Thomas Cook ceased trading on 23 September after last-ditch talks to save the 178-year-old business failed. The group had secured a £900m rescue deal led by its largest shareholder, the Chinese conglomerate Fosun, in August. However, a demand from its lenders to raise a further £200m in “seasonal standby” contingency funding could not be met.

During the nine-month period, IAG said capacity, measured in available seat kilometres (ASKs), was higher by 4.7 per cent, with increases across all regions.

Iberia increased its capacity primarily through additional frequencies on its Latin and North American routes, while Vueling upped capacity on routes across its domestic market, with Balearic and Canary Islands performing well throughout 2019.

British Airways increased capacity through additional frequencies, primarily in Latin America and the Caribbean, together with new destinations including flights to Charleston, Pittsburgh, Islamabad and Osaka from London Heathrow.

However, Walsh said that IAG has continued to decelerate the capacity growth as the year has progressed. In the fourth quarter of 2019 it expects year-on-year growth of 1.9 percent.

“That's a significant reduction from previous guidance and giving us a full year capacity growth of 4 percent. So consistent with what we said at the beginning of the year, if we saw the opportunity to trim capacity, we would do so,” Walsh said.

He added that a softening of macroeconomic conditions has been behind the reduction.