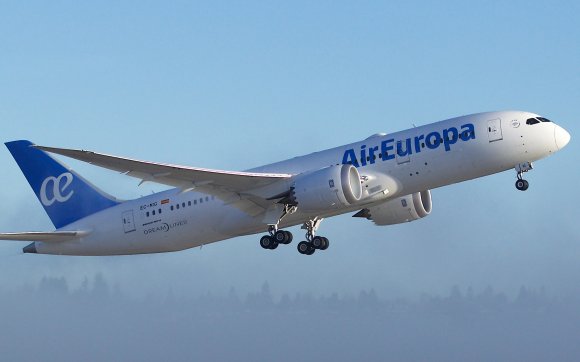 International Airlines Group (IAG), the owner of Iberia and British Airways, has agreed to buy Air Europa for €1bn as part of plans to boost its presence in the South American transatlantic market and turn Madrid into a key European hub airport.

The group said the deal for the Spanish airline will be satisfied in cash on completion, which is expected during the second half of 2020. It will pay Air Europa a break fee of €40m should the transaction fail to receive the necessary regulatory approvals.

Air Europa operates scheduled domestic and international flights to 69 destinations, including European and long-haul routes to Latin America, the US, the Caribbean and North Africa. In 2018, the SkyTeam member generated revenue of €2.1bn and an operating profit of €100m. It carried 11.8 million passengers in 2018 and ended the year with a fleet of 66 aircraft.

“IAG has a strong track record of successful acquisitions, most recently with the acquisition of Aer Lingus in 2015 and we are convinced Air Europa presents a strong strategic fit for the group.”

Analysis: How IAG is striking back with Air Europa deal

IAG said the addition of Air Europa would transform Madrid into a “true rival” to Europe's four largest hubs: Amsterdam, Frankfurt, London Heathrow and Paris Charles De Gaulle. It added it would re-establish IAG as a leader in the “highly attractive” Europe to Latin America and Caribbean market.

The Air Europa brand will initially be retained and the company will remain as a standalone profit centre within Iberia run by Iberia chief executive Luis Gallego.

Gallego said: “This is of strategic importance for the Madrid hub, which in recent years has lagged behind other European hubs.

“Following this agreement, Madrid will be able to compete with other European hubs on equal terms with a better position on Europe to Latin America routes and the possibility to become a gateway between Asia and Latin America.”

IAG, which also owns Vueling and LEVEL, said the acquisition is expected to generate cost synergies across selling, general and administrative expenses, procurement, handling and distribution costs. This includes reciprocal intra-group codeshares and adjusting timings to maximise connectivity through Madrid.