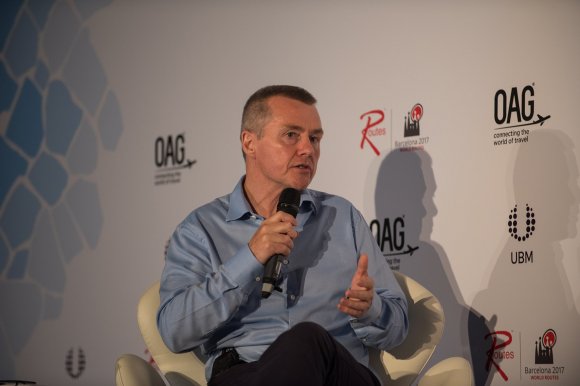 When Delta Air Lines agreed to buy a 20 percent stake in LATAM Airlines Group for $1.9bn at the end of September, it was widely seen as a strategic victory at the expense of International Airlines Group (IAG) and American Airlines.

Oneworld partners American Airlines and IAG had previously attempted to forge a joint venture with LATAM, only for the move to be blocked in May 2019 by Chile's Supreme Court. The rejection took many observers by surprise, with the planned partnership having already secured approvals from regulators in Brazil, Colombia and Uruguay.

However, in signing a deal with LATAM, SkyTeam member Delta delivered a huge blow to its rivals, strengthening its position on US – Latin America routes and giving it investments in airlines in Europe, Asia and South America. LATAM will now unwind its existing partnership with American and leave the Oneworld alliance.

Speaking on a conference call to analysts on 31 October 2019, IAG chief executive Willie Walsh (pictured) described Delta’s acquisition as a “very good, strategic move”, but admitted it potentially changes the nature of the group’s relationship with LATAM.

“The market is an important segment for us,” he added. “We have a lot of direct services, and that’s one of the strengths of IAG, and particularly the Iberia network, with the direct distribution that we have into Latin America. And it remains an important focus market for us.”

Fast forward four days and IAG has underlined how important it views that market by agreeing to pay €1bn for Air Europa, the Spanish carrier which has serves a wide range of destinations in Latin America. In addition to transforming Madrid into a “true rival” to Europe's four largest hubs, IAG expects the deal will strengthen its position on South American transatlantic routes.

For the w/c 4 November 2019, Iberia (including LEVEL) leads the way with a 14.8 percent share, while Air France is second on 10.8 percent. LATAM is third on 10.6 percent and TAP Air Portugal fourth on 10.3 percent. Air Europa is fifth with a 9.1 percent capacity share of the market.

In terms of airline groups, Air France-KLM has a combined capacity share of 19.8 percent, with IAG in second on 18.1 percent of the market. However, should IAG’s acquisition of Air Europa progress as expected, the addition of the carrier would give it a 27.2 percent share.

If the Caribbean is included in the Europe – Latin American market figures, Air France is number one with a 12.6 percent capacity share and KLM is third with 8 percent. IAG carriers Iberia and British Airways are second (12.1 percent) and fifth (5.4 percent) respectively. Meanwhile, Air Europa is fourth with 6.9 percent of the market.

Not only will the Air Europa deal therefore place IAG as the number one group by seat capacity, it will also scupper Air France-KLM’s plans to form a joint venture with Air Europa on routes between Europe and Central and South America.

The airlines currently codeshare on about 40 routes within Europe, mainly between and beyond the respective bases at Paris, Amsterdam and Madrid. However, they announced in August 2018 that plans were afoot to forge “deeper and expanded cooperation” on transatlantic services.

Three new Latin America routes have been launched this year – connecting Madrid with Panama City, Medellín and Iguazu – while the airline also serves Cordoba via Asuncion and Guayaquil via Quito. The additions mean Air Europa offers a total of 18 unique destinations in Latin America, more than any other airline.

When comparing the networks of Air Europa and Iberia from Madrid, the carriers currently overlap on nine destinations. The number will increase to ten in December 2019 when Iberia resumes service to Guayaquil in Ecuador, almost three years after cutting the route from its schedule.

Should the deal with Air Europa complete, IAG’s airlines will serve 24 unique destinations in Latin America from Madrid and London Heathrow, compared to 17 served by Air France-KLM from Paris CDG and Amsterdam.

Destinations served in Latin America (excluding the Caribbean) by airline:

Iberia chief executive Luis Gallego said: “This is of strategic importance for the Madrid hub, which in recent years has lagged behind other European hubs.

“Following this agreement, Madrid will be able to compete with other European hubs on equal terms with a better position on Europe to Latin America routes and the possibility to become a gateway between Asia and Latin America.”

Iberia and Air Europa are the two largest airlines at the Spanish capital, with a 43.5 percent and 16.9 percent respective share of weekly departure seats. Adding IAG’s other airlines – British Airways, Vueling and Aer Lingus – into the mix and the group would have a combined seat capacity share of about 67 percent from Madrid.

Since news of the acquisition emerged, Ryanair’s chief executive Michael O'Leary said it was “a good deal for IAG” but “a bad deal from a competition point of view”. Ryanair is currently the third largest carrier in Madrid with a 10.7 percent share of departure seats.

“It is a merger to monopoly in Madrid and I think we would certainly be looking for the competition authorities to require some competition divestments, particularly in the Air Europa short-haul,” O'Leary said.