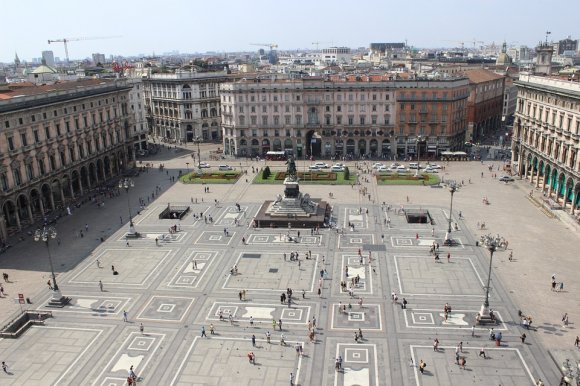 Gulf Air is next year resuming service to Milan, the host of World Routes 2021. From 1 July, the carrier is adding daily flights between Bahrain and Milan Malpensa on board its new Airbus A321neo aircraft. OAG data shows the airline last served the market in March 2012.

Milan is one of three new European routes being opened by Gulf Air, with routes from Bahrain to Munich in Germany and Mykonos in Greece to be served on seasonal basis from July to September 2020. The new routes will be four- and three-weekly respectively. All three are currently unserved.

Gulf Air served nine points in Europe during the summer 2019 season – Athens, Frankfurt, Istanbul, Larnaca, London Heathrow, London Heathrow, Paris Charles de Gaulle and Tbilisi – with all but Malaga continuing during winter 2019/20. However, the Spanish city will be reinstated during summer 2020 with two weekly flights.

Traffic between Bahrain and Europe has increased steadily in recent years, figures from Sabre Market Intelligence show. The number of two-way passengers in 2018 rose to 572,564, up 68 percent in five years.  Chief executive Krešimir Kučko said the airline expects the Milan route to attract leisure and business passengers.

Southwest Airlines signalled its intention to open routes to Hawaii in October 2017, with plans to launch services from Oakland, Sacramento, San Diego and San Jose. The proposals also included an inter-island service.

The carrier’s long-awaited maiden flight between Oakland and Honolulu finally took off in March 2019, and Oakland – Kahului followed a month later alongside Honolulu - Kahului. However, although routes from San Jose to Honolulu and Kahului began in May, the expansion has been slower than expected because of the grounding of the Boeing 737 Max.

Despite this, non-stop service between Sacramento and Honolulu is starting on 10 November and the Californian capital will get its second Southwest link to Hawaii in March 2020 when Kahului flights begin.

The LCC has now confirmed that San Diego’s first routes to Honolulu and Kahului will operate daily from 20 April 2020 and 14 April respectively. In conjunction with the launch, Southwest is also increasing frequency on its inter-island servic between Honolulu and Kahului from four to six-daily.

The airline will compete with Alaska Airlines and Hawaiian Airlines on the San Diego - Honolulu sector, which both operate the route daily. Hawaiian Airlines is responding to the Southwest launch by reducing capacity in the market. From January 2020, it will switch to a more fuel-efficient 189-seat Airbus A321neo rather than a 278-seat A330-200.

Just weeks after becoming the latest carrier to begin scheduled service between Vietnam and South Korea, Bamboo Airways is adding another international route to its network. The carrier will begin daily service between Hanoi and Taipei Taiwan Taoyuan from 1 December 2019 on board Airbus A321neo aircraft.

OAG Schedules Analyser data shows that four carriers currently compete on the route, with China Airlines, EVA Air and Vietjet offering two daily flights. Vietnam Airlines also flies between the destinations 11 times per week. In total, there are currently more than 22,500 weekly two-way seats on offer, compared with 17,700 a year ago. The rise has predominantly been driven by EVA Air adding a second daily flight from October 2019.