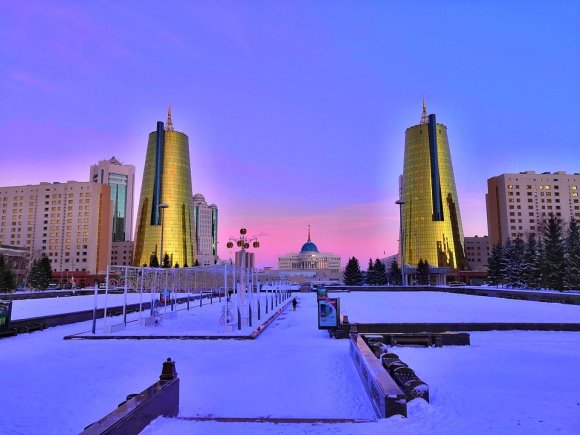 Kazakhstan's Ministry of Industry and Infrastructural Development has confirmed that from 1 November 2019 it has introduced an open skies regime at 11 airports.

It is valid for three years, with the possibility of an extension, and allows foreign carriers to operate with fifth freedom rights on routes not operated by Kazakh carriers. It also lifts restrictions on frequency.

The country’s government hopes the move will contribute to the development of transit traffic in Kazakhstan, attract new foreign carriers, promote tourism, allow for the launch of new services and decrease airfares.

It said that SalamAir wants to start flying from Oman’s capital Muscat next year, while Air Astana is planning to launch flights to Jeddah. SCAT Airlines is also beginning service to Jeddah and Madinah.

In addition, the ministry said that talks have taken place with AisAisa, Ural Airlines and LOT Polish Airlines. As a result, it expects Ural Airlines to launch an Ekaterinburg - Almaty route from 22 December and LOT to begin Warsaw - Nur-Sultan flights from next simmer.

It is also set to have talks on new air services with Qatar and the United Arab Emirates.

Find out more about the Stans:

Kazakhstan, the world’s ninth-largest country, extends from the Caspian Sea in the west to Altai Mountains in the east on its border with China and Russia.

The Kazakhstan 2050 strategy, launched six years ago by former President Nursultan Nazarbayev, is helping to bring about economic, social and political reforms with the aim of positioning the country among the top 30 global economies by 2050.

Part of that strategy includes further liberalisation and modernisation of its aviation industry, building ties with international partners, and encouraging foreign airlines to expand and launch new services.

After a strong period of expansion until 2014, tougher economic conditions curbed the growth, resulting in passenger traffic stagnating in 2015 and 2016. However, momentum retuned in 2017 with year-on-year passenger numbers jumping by 9.5 percent to 8.56 million, a year when Kazakhstan’s capital Nur-Sultan hosted Expo 2017.

According to figures from Sabre Market Intelligence, there was further year-on-year growth of 3.4 percent in 2018. Data from Kazakhstan’s Civil Aviation Committee added that transit passengers increased 40 percent to 900,000 in 2018,

Data from OAG Schedules Analyser shows that total seat capacity on routes to/from and within Kazakhstan is set to hit 13.3 million in 2019, a rise of 1.2 percent compared with 2018. New routes launched this year include SCAT Airlines’ service between Nur-Sultan, the host of Routes Silk Road 2019, and Tokyo Narita.