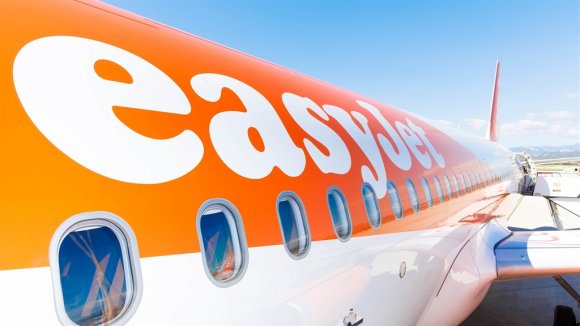 "Contractual terms have concluded and the slots have been awarded to easyJet," the airline said. It added it would provide further details when it publishes its full-year financial results on 19 November 2019.

“We have been adding more flights and aircraft, resulting in increased capacity, at each of these bases for many years," said Jet2 chief executive Steve Heapy.

"Today’s announcement is the latest demonstration of our commitment to providing holidaymakers with more choice and flexibility when it comes to flying to sun, city and ski destinations with our award-winning airline.”

Thomas Cook ceased trading in September 2019 after last-ditch talks to save the UK business failed.

Transavia to open Montpellier base

The base becomes the airline’s fourth in France, joining Paris Orly, Lyon and Nantes. It will fly to 20 destinations from Montpellier.

“Let there be no mistake – this is a historic moment and important milestone for our airport and strong signal for our territory,” said Emmanuel Brehmer, chairman of the executive board of Montpellier Airport.

“Transavia France with two based aircraft thus marks its confidence in the potential of our market and opens up fantastic development prospects. By 2020, a total of nearly 50 direct destinations will be available from MPL.”

American Airlines and Qantas Airways have implemented their joint venture (JV) between the US and Australasia.

The expanded partnership will allow the Oneworld partners to increase their coordination across planning, pricing, sales and logistics. The airlines confirmed their partnership in a joint filing with the US Department of Transportation.

In 2020, American is launching a direct seasonal route from Los Angeles to Christchurch in New Zealand from next October, as well as adding service between Dallas Fort Worth and Auckland.

Qantas will also begin service from San Francisco and Chicago O’Hare to Brisbane from next February and April respectively.

Capacity, measured in available seat kilometres (ASKs) rose by 3.3 percent and load factor climbed 0.4 percentage points to 81.9 percent, which was a record for any September.

“Given the environment of declining world trade activity and tariff wars, rising political and geopolitical tensions and a slowing global economy, it is difficult to see the trend reversing in the near term.”

Philippines airline Cebu Pacific has signed a purchase agreement for 16 Airbus A330-900 aircraft.

The deal is part of the Memorandum of Understanding signed in June 2019 during the Paris Air Show for an order of 31 next generation aircraft, which also includes 15 A320neo family aircraft.

The 16 A330neo aircraft are scheduled for delivery between 2021 and 2024. By 2024, Cebu Pacific expects to have an all-next generation fleet of Airbus jets.

Lance Gokongwei, president and chief executive of Cebu Pacific, said the A330neo is “integral” to its fleet modernisation programme. “With this purchase, we aim to reduce our fuel emission and build a more sustainable operation,” he added.