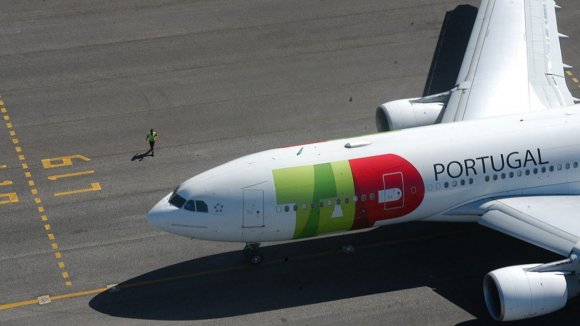 Brazilian low-cost carrier Azul is working on a joint venture with TAP Air Portugal to coordinate schedules and pricing on transatlantic flights between Europe and Brazil.

The São Paulo-based airline has submitted the plans to its shareholders for approval, saying the agreement would be revenue accretive for both carriers in the coming years.

Details of the proposed deal, which was first mooted more than two years ago, were disclosed in Azul’s third quarter financial results.

“We’re excited about the strategic value of having this joint venture that we have announced today and was approved by the board yesterday,” David Neeleman, Azul’s founder and chairman, told analysts on a conference call.

“There’s going to be huge synergies for both of us being able to coordinate schedules and coordinate fares. But also it’s an investment. If someone invests in it or purchases it then we certainly have an upside because of our investment.”

TAP was partially privatised by the country’s government in 2015, with Neeleman’s Atlantic Gateway consortium taking a major stake.

In March this year, China’s HNA Group sold its 9 percent share in the carrier in two lots to Azul and US fund Global Aviation Ventures, split 45.45 percent and 54.55 percent respectively. Azul paid $25m for its stake.

Neeleman said: “If you were to take what we have scheduled for next year between the said JV between TAP and Azul, I think we’d have about 100 weekly departures going to Europe from Brazil, which is far and away the largest carrier.

“We’d have about 30 percent of all of the passengers that fly between Brazil and Europe, which is quite amazing. Nobody even comes close to that.”

According to data provided by OAG Schedules Analyser, TAP has a 23.1 percent share of total weekly capacity between Europe and Brazil (w/c 11 November 2019), while LATAM Airlines Group is the second-largest player with 17.8 percent. Azul accounts for 5 percent of available seats.

The market between Brazil and Portugal in particular is enjoying rapid growth. OAG figures show total capacity during the 2019 summer season was 1.65 million seats, a rise of 52.6 percent in three years. TAP’s capacity over the same period has increased by 28.6 percent.

A new air services agreement signed in June between Brazil and Portugal should ensure the growth continues. The deal eliminates restrictions on the transportation of passengers and cargo between the two countries.

Designated airlines can offer international flights to any destination in both countries and have wide freedom to establish codeshares. Carriers can also connect to third countries using fifth freedom rights.

Meanwhile, Azul’s third quarter results revealed that net revenue reached a record R$3bn ($733m) in the three months to the end of September 2019, up 25.5 percent year-on-year. The airline said passenger demand during the quarter grew 27 percent, outpacing capacity and leading to a record load factor of 84.3 percent.

"We expect this revenue growth trend to continue as we further benefit from our fleet transformation and the robust demand environment in Brazil,2 said Azul chief executive John Rodgerson.

"At the end of the quarter, we had 33 next-generation aircraft in operation representing 45 percent of total capacity. Our first Embraer E2 was delivered in September, and its performance is exceeding our expectations. The E2 is 14 percent more efficient on a trip-cost basis than the previous model and comes with 18 additional seats."

Rodgerson added: "Going forward we continue to expect consistent CASK reductions as we add more E2s and A320neos to our fleet replacing older generation aircraft. We have made great progress on our effort to accelerate our fleet transformation and have signed a memorandum of understanding to sublease up to 32 E1s to an airline."