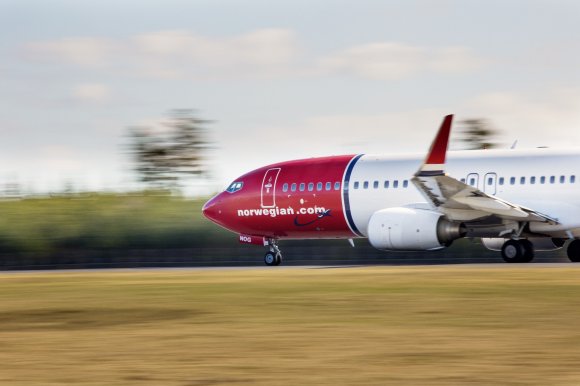 Low-cost carrier Norwegian has unveiled plans to open 16 new routes from Scandinavia, as well as increasing the frequency on a number of routes from Norway.

The airline is adding four services from Oslo in early April 2020 to Kaunas, Wroclaw, Poznan and Düsseldorf. Flights to Düsseldorf will be four times per week, with the rest of the new routes operating three-weekly.

A twice-weekly Stavanger – Billund route will begin on 19 June, while a link between Trondheim and Gdansk starts on 1 April. From Bergen, the host destination for Routes Europe 2022, Norwegian is launching service to Billund from 18 June, operating two times per week.

“Scandinavia and Norway are important markets for us and we are committed to providing Norwegian travellers from all over the country with as varied and exciting routes as possible,” said Magnus Thome Maursund, director of route development at Norwegian.

Elsewhere, Norwegian is increasing frequencies on eight routes from Oslo, four from Stavanger and one from Bergen.

Jasper Spruit, director of traffic development at Avinor, which operates Oslo, Trondheim, Stavanger and Bergen airports, said: “We think it is gratifying that travellers from Norway, Lithuania, Poland, Denmark and Germany get their connections strengthened by establishing more direct routes.

Nine other new services are also being launched from Scandinavia. From Copenhagen, the carrier is adding Gdansk, Szczecin, Poznan, Palanga and Hamburg. All five routes are twice weekly.

Three routes are being launched from Stockholm Arlanda to Palanga (two-weekly), Gdansk (4x) and Tivat (1x), while Gothenburg – Gdansk will be two-weekly from 3 April.

In addition to the Scandinavian changes, Norwegian is launching seasonal non-stop service from Chicago to both Paris and Rome in 2020, along with a new non-stop route from Denver to Rome.

From Chicago, the carrier is doubling its presence with the five-weekly Paris service launching on 1 May and the four-weekly Rome service on 2 June.

The first ever non-stop service from Denver International to Italy will launch 31 March and run to 23 October, with three weekly flights during the peak summer period of late April through early October.

The airline will operate all three routes with a Boeing 787-9 equipped with 35 premium seats and 309 in economy.

However, as reported by Airlineroute, Norwegian has removed Madrid – New York JFK from its summer 2020 schedule. This route was previously scheduled to operate four times per week from 29 March.

The airline first began service between the Spanish capital and New York in July 2018, shortly after launching Madrid - Los Angeles. Flights to Boston, its third US route from Madrid, began earlier this year.