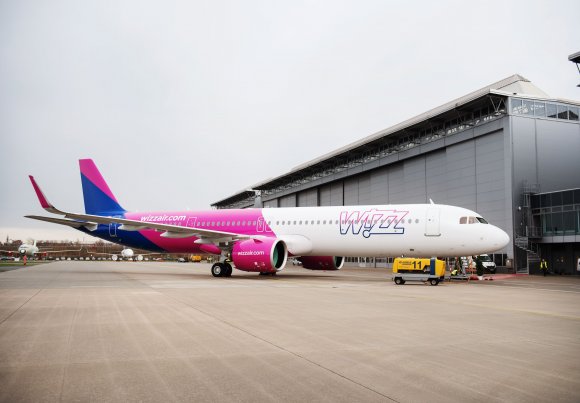 Wizz Air has “a lot of room to manoeuvre” in its Central and Eastern Europe heartlands and remains “very keen” on expanding the business further east, according to the budget airline’s chief executive.

Speaking on a conference call following the publication of its financial results for the six months to 30 September 2019, József Váradi said Western Europe is becoming constrained from a slot and business perspective but Central and Eastern Europe remains “an open market”.

He explained: “The focus [remains] Central and Eastern Europe and we're going to be opportunistic in Western Europe. And I think that's how we have been acting.

“But we are also very keen on expanding the business further east. That expansion is subject to regulatory discussions and, depending on how the regulatory regime evolves, we would react on that. But we are very keen on going east.”

It is understood that the Indigo Partners-backed carrier is considering entering the Armenian market next year - following Ryanair's lead - and has expressed interest in connecting Indian cities by 2021.

Wizz started 76 new routes during the first half of its financial year, including offering its first flights from London Luton to Moscow and St Petersburg, as well as new entry into Brussels Zaventem, Edinburgh, London Southend and Odessa.

Váradi, who will be speaking at Routes Europe 2021, added: “From a network design perspective, we are also seeing more and more opportunities flying within Central and Eastern Europe as opposed to just flying east to west, which used to be the core of a network model.

“We still think that we have a lot of room to manoeuvre. I don't think that we're going to be finding growth opportunities difficult in the coming years.”

Váradi said the four different AOCs “creates significant complexities”, adding that Wizz benefits from the larger number of seats in its Airbus A321 aircraft, compared with Ryanair’s Boeing 737s.

The number of passengers carried increased 17.9 percent to 22.1 million, while three new Airbus A321neo and two new Airbus A321ceo aircraft were added to its fleet. Its fleet totalled 119 aircraft at the end of the first half comprising 72 A320ceo, 41 A321ceo and six A321neo aircraft.

In late October, Wizz’s board also approved the purchase of 20 A321XLR aircraft, a deal agreed in June at the Paris Air Show. The A321XLR has a range of around 8,700 km, which is 15 per cent longer than the A321LR.