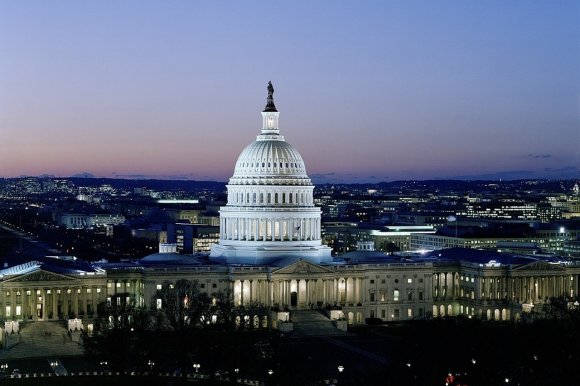 Iberia is returning to Washington Dulles during the summer 2020 season after a ten-year absence. As reported by Airlineroute, the Spanish carrier will initially operate the route between Madrid and Washington four times per week from 1 May, rising to five-weekly from 6 July. Flights will be on board Airbus A330-300 aircraft, with capacity for 292 passengers. The Oneworld member last operated this route on regular basis until August 2010.

Iberia said the route is intended to meet the demand for corporate and premium travel, and to promote closer cultural ties and tourism in both cities. Next summer, it will offer more than 68,000 seats in the market. The IAG-owned airline offered six routes to the US from Madrid in summer 2019 – to Chicago O’Hare, Los Angeles, New York JFK, Miami, Boston and San Francisco – with all except the summer season San Francisco route continuing in winter 2019/20. Iberia will compete against United, which flies daily between Madrid and Washington during the summer season on board Boeing 757-200 aircraft.

Qantas is discontinuing its Sydney – Beijing Capital route in late-March 2020 amid strong competition and weak demand for its business class product. The Oneworld member currently operates the route five times per week on board Airbus A330 aircraft. However, service will end on 29 March.

In a statement, Qantas said the flights have been “underperforming for some time” due to weaker demand as well as an increase in capacity from other airlines. It added overall competitor capacity between Beijing and Australia has increased by about 20 per cent and is expected to grow even further in 2020. The airline said this is “in contrast to broader international capacity out of Australia, which is declining”. However, Qantas claimed that its daily flights between Sydney and Shanghai continue to perform well.

The Australian flag carrier relaunched the Sydney – Beijing route in 2017 in its third attempt in 35 years to make it viable, but in October 2018 reduced the number of weekly flights from seven to five. It currently competes with Air China, which flies daily on-board Boeing 777-300. Qantas said it would serve Beijing “indirectly through partner airlines”. Codeshare partner China Eastern flies to Beijing via Nanjing and Hangzhou.

Sabre data shows that O&D traffic between Sydney and Beijing was 272,683 two-way passengers in 2018, a slight fall of 0.4 percent on the previous 12 months. A total of 45.5 percent of those passengers travelled indirect.

Turkish Airlines is increasing its service to the New York area from summer 2020 with the addition of Newark Liberty to its network. Operating daily from Istanbul’s new airport, the route will begin on 25 May using Airbus A330-300 equipment and operate until 24 October.

OAG Schedules Analyser data shows that the airline will next summer continue to offer a three-daily service between Istanbul and New York JFK using a mix of Boeing 777-300ER, Airbus A330-300 and Boeing 787-9 aircraft. Although slot constraints at JFK are likely to have prompted the new route, Turkish’s Star Alliance partner United has a major hub out of Newark.