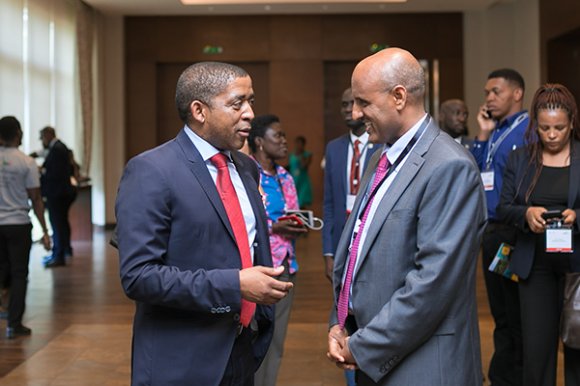 One of the stalwarts of African Aviation, South African Airways has operated for close to a century and currently serves over 50 destinations in partnership with SA Express, Airlink and SAA’s low-cost carrier, Mango. Facing an uncertain future amid financial difficulties, Vuyani Jarana was appointed as CEO to lead the airline’s turnaround operation in 2017. Having served just under two years in the head role, Jarana resigned in August 2019, citing systematic delays and uncertainty around funding in his motivations to leave the organisation.

When Jarana joined South African Airways in 2017, he outlined a strategy that would see the largest loss-making airline in Africa achieve a break-even year in 2021 and subsequently return to profitability. What’s next for South African Airways following Jarana’s resignation? Will this giant of African aviation be able to become profitable or will the state-owned enterprise succumb to the challenges it currently struggles to navigate?

In October, South Africa Airways welcomed four Airbus A350-900s to its fleet - improving the customer offering and commercial prospects. Zuks Ramasia, South Africa Airways’ acting CEO, commented; “The introduction of the A350s offers a new beginning for the airline and will contribute to the airline’s operational efficiencies, and get SAA back on track. It is an important step-change as we continue to make progress to transform our business and return the airline to financial sustainability in the shortest time possible.”

Will the introduction of new aircraft and management also welcome a new era of growth for the airline? Having been at the helm for just under two years, Jarana is uniquely placed to discuss the outlook of airline and the barriers it must overcome. Vuyani Jarana will take part in a keynote interview at Routes Africa, the longest-standing route development dedicated to the African continent. Jarana will give a unique insight into the struggling airline, and share his view on the changes that should be adopted by the industry as a whole to drive progress and growth.

Taking place on 8-10 December, Routes Africa will bring together top-level speakers from across the sphere of aviation to discuss the factors driving change, presenting challenges and offering opportunities. Sebastian Mikosz, CEO of Kenya Airways; Allan Kilavuka, Chief Executive & Managing Director of Jambojet; and Raphael Kuuchi, VP of Africa, IATA are amongst the line-up of speakers that Jarana will join for the Routes Africa conference programme.