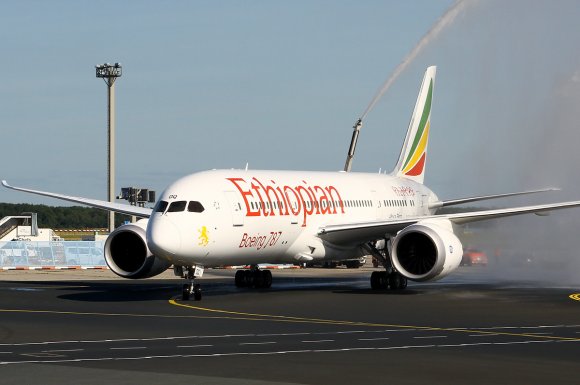 Aviation in African already it supports $55.8bn in economic activity and 6.2 million jobs, according to the latest estimates from IATA, with demand for air travel set to double over the next two decades.

The compound annual growth rate is expected to be about 4.6 percent, meaning that by 2037 the continent’s total market size will increase by 199 million passengers to 334 million. The promise and potential of aviation in Africa is huge.

As some of the airlines that will help to drive that growth, Routesonline looks at the top ten African carriers by passenger numbers in the 12 months to the end of May 2019.

Star Alliance member Ethiopian Airlines carried more than 13.3 million passengers in the 12 months to the end of May 2019, a rise of 11.6 percent compared with the same period a year earlier. The carrier is currently implementing a 15-year strategic plan called Vision 2025 that aims to position it as the leading airline group in Africa with seven strategic business units.

During the period, the airline introduced 18 new aircraft and six new international destinations to Asmara, Istanbul, Jakarta, Manchester, Mogadishu and Moscow. It also reported an operating profit of $260m, with $4bn operating revenues, in the financial year to the end of June 2019.

However, the year was overshadowed by the crash of Ethiopian flight ET302 in March 2019. the Boeing 737 MAX 8 aircraft which operated the flight crashed near the town of Bishoftu six minutes after take-off, killing all 157 passengers on board. The airline currently has four of the aircraft grounded, with a further 25 on order.

In October, Ethiopian began a four times weekly service between Addis Ababa and Bengaluru using a 737-800 aircraft, while flights from Ethiopia’s capital city to Houston, via Lomé in Togo, begin in December.

With a 9.7 percent increase in passenger numbers, EgyptAir carried almost 8.9 million passengers in the year to May 2019. The Star Alliance member currently flies to more than 70 destinations around the world, including six in Asia Pacific and three in North America. Recent additions from Cairo have included Washington Dulles and Hangzhou.

In October, EgyptAir began using its new A220-300 on flights to Budapest, becoming the sixth carrier in the world to receive the aircraft. During the same month it also began direct flights from Cairo to New York on its new Boeing 787-9 Dreamliner aircraft.

Royal Air Maroc, which next year will become the first African member of the Oneworld alliance, carried more than 7.2 million passengers during the 12-month period to the end of May. From its hub at Casablanca Mohammed V International Airport, the carrier operates an extensive domestic and regional network within Morocco and Africa.

In November, Royal Air Maroc and American Airlines submitted a codeshare application to the US Department of Transportation covering routes between the US and Morocco. American will begin a three-weekly service between Philadelphia and Casablanca from 4 June 2020 on board Boeing 757 aircraft.

Sabre figures show Air Algerie’s passenger numbers reduced by 8.6 percent to 6.47 million, but it remains the fourth largest African airline. The carrier flies to 70 destinations, with Brussels Charleroi among the latest to be added to its network. About 71 percent of international seat capacity is to points in Western Europe, with France its largest overseas market. In October, chief executive Bakhouche Alleche said the airline has received government approval for a purchase plan to increase its current fleet of 58 aircraft.

Since 1998 Comair has operated as a South African franchise of British Airways, operating much of its services under the BA brand. It also owns the Johannesburg-based budget carrier Kulula. Passenger numbers grew by almost 10 percent in the year to the end of May, rising to 6.2 million. The carrier, which operates a fleet of 28 Boeing 737 aircraft, was originally scheduled to take delivery of its second 737 MAX 8 jet in March 2019 but it is unlikely to receive the aircraft until the first quarter of 2020 at the earliest.

Currently led by chief executive and Routes Africa 2019 speaker Sebastian Mikosz, Kenya Airways is based at Jomo Kenyatta International Airport in Nairobi. The SkyTeam member increased passenger numbers by 1.9 percent in the year to the end of May, Sabre figures show. In October 2018 it began service to New York JFK – it’s first route to the US – and carried more than 105,000 passengers on the route during its first year of operation.

The state-owned flag carrier of South Africa has endured a tough time of late and the passenger drop reflects its efforts to cut capacity on loss-making routes. In October, the country’s government announced it would provide a $600m subsidy over three years to pay down the airline's debt. Vuyani Jarana, who resigned as South African Airways’ chief executive in June, will provide a keynote interview at Routes Africa 2019 about his time at the helm of the airline and future prospects.

Tunisair, the national carrier of Tunisia, flies to more than 40 destinations across northern and western Africa, the Middle East and Europe. Passenger numbers edged 3.8 percent higher in the year to the end of May, with 3.5 million passengers carried. New routes added to its network during the period included Sfax – Paris Orly and Djerba – Oran. The airline expects to receive five new aircraft between the end of 2020 and early 2021.

Mango, the low-cost airline and subsidiary of South African Airways, operates scheduled domestic passenger services, as well as international flights to Tanzania. The carrier has a fleet of 14 Boeing 737-800 aircraft and recently named the returning Nico Bezuidenhout as its new chief executive. He left Mango in 2016 to join regional low-cost airline Fastjet.

FlySafair is a South African domestic low-cost carrier based at Johannesburg Oliver R Tambo International Airport. Flights are available between OR Tambo, Lanseria, Cape Town, Port Elizabeth, George, East London and Durban. The airline has 16 aircraft in service, comprising eight Boeing 737-400s and eight 737-800s. Passenger numbers jumped by 46 percent to 3.1 million in the 12 months to the end of May, representing the largest percentage rise in the top ten.