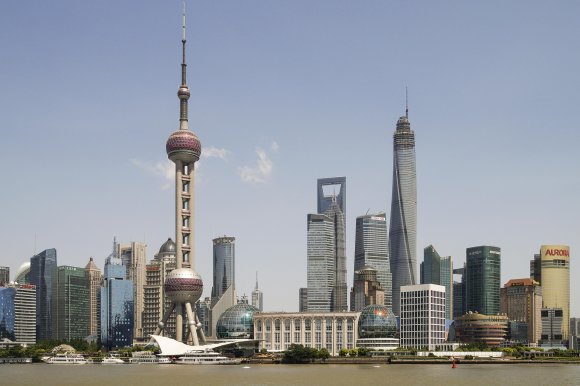 Juneyao Air is launching a three-weekly service between Shanghai and Manchester from next March. The carrier applied in June to the Civil Aviation Administration of China to open the route, alongside plans to begin service to Athens. Flights will operate initially via Helsinki, on Mondays, Wednesdays and Fridays, arriving into Manchester at 8.30 and departing for Shanghai at 10.00.

Manchester currently has one connection to mainland China, with Hainan Airlines operating four weekly flights to Beijing Capital, while Cathay Pacific flies daily to Hong Kong using Airbus A350-900 aircraft. Air China received approval to open a Shanghai - Manchester route in November 2015 but is yet to begin service.

According to data from Sabre Market Intelligence, almost 73,000 passengers travelled indirectly between Manchester and Shanghai in 2018, a rise of 3.7 percent compared with the previous 12 months. The top three connecting points were Dubai, Paris CDG and London Heathrow.

Juneyao Air operates more than 160 routes, carrying 18 million passengers in 2018. The airline is a Star Alliance connecting partner and has a fleet of 72 aircraft, consisting of Airbus A320s and Boeing 787 Dreamliners. Manchester will become its first destination in the UK.

All Nippon Airlines (ANA) is using one of its new slot pairs at Tokyo Haneda Airport to begin non-stop service to Sweden’s capital Stockholm, one of five new international destinations being added to its network. Stockholm Arlanda has been without a direct route to Tokyo for more than 30 years, but the Star Alliance member expects to begin service during the summer 2020 season. The flight schedule and launch date are set to be confirmed in the coming weeks.

OAG Schedules Analyser shows that ANA currently serves five points in Europe from Haneda – Frankfurt, London Heathrow, Munich, Paris CDG and Vienna – as well as Brussels and Dusseldorf from Narita. All routes operate once daily, apart from Frankfurt which has two flights per day. In 2020 it will also begin service to Istanbul, Milan and Moscow.

Sabre data shows that 67,188 two-way passengers travelled between Stockholm and Tokyo in 2018, a 12.6 percent year-on-year rise. Stockholm Arlanda said Japan is Sweden’s top Asian export market after China, with about 150 Swedish companies operating in the country. It added that Sweden is in turn is the largest Nordic export market for Japan, and 160 Japanese companies have operations there.

Although Stockholm was only the fifth largest unserved market in Europe from Tokyo in 2018, according to figures from Sabre – behind Barcelona, Berlin, Geneva and Venice – the city’s airport is a hub for ANA’s Star Alliance partner SAS.

Turkish Airlines will launch service to Xi'an in north western China before the end of the year to mark its 20th anniversary of operations in the Asian country. The three-weekly route to Xi'an, the capital of the Shaanxi Province, becomes the carrier's fourth destination in China. It also takes the airline’s total number of weekly flights to China to 24. OAG Schedules Analyser shows it currently operates daily service to Beijing Capital, Shanghai Pudong and Guangzhou, offering a total of 14,658 weekly two-way seats.

Turkish Airlines intends to begin service to Xi'an on 30 December 2019 using Airbus A330-200 aircraft. The Star Alliance member expects the total number of weekly flights to increase from three once the summer 2020 season approaches. The announcement of the new service coincides with the first Chinese freight train traveling the China Railway Express line from Xi’an to Europe under the Bosporus Strait in Istanbul, Turkey's commercial capital.