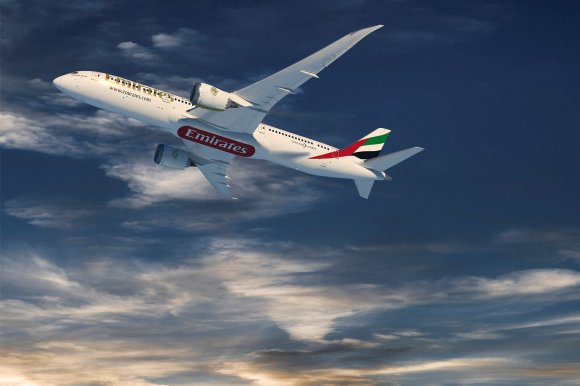 Emirates firms Dreamliner and A350 orders

Emirates has made a firm order for 30 Boeing 787-9 aircraft, worth $8.8bn at list prices, on the fourth day of the Dubai Airshow. Deliveries will commence in May 2023 and continue for the next five years. However, the carrier has reduced the number of 777Xs on firm order from 156 to 126.

“This is an important investment and addition to our future fleet and network requirements, providing us the agility, flexibility and spread of seat segments when it comes to overall capacity to serve a range of destinations as we develop and grow our global route network,” said Sheikh Ahmad Bin Sayeed Al Makhtoum, Emirates’ chairman and chief executive.

The purchase agreement replaces the heads of agreement signed in February where Emirates announced its intent to purchase 30 A350s and 40 A330neos.

The MoU was signed by Krešimir Kučko, Gulf Air’s chief executive. and Ajay Singh, chairman and managing director of SpiceJet.

“This is a historic event for both Gulf Air and SpiceJet as we strengthen commercial ties between the two carriers; creating more choices for our valued passengers to explore new cities across our networks,” said Kučko.

Singh added: “The Middle East has always been among our top priority markets. This agreement is going to play a very important role for SpiceJet’s next phase of growth as we continue to explore the innumerable opportunities around us.”

Senior officials from Milan Malpensa have hailed All Nippon Airways’ (ANA) decision to resume service to Italy after a ten-year absence. The Japanese carrier this week confirmed plans to open a route between Tokyo Haneda and Milan Malpensa, starting during the summer 2020 season.

Andrea Tucci, VP aviation business development at SEA Group, which manages Malpensa, said Tokyo is the number one destination in Asia for passenger demand from the airport.

He added: “The Japanese market is also Milan’s second biggest in Asia, worth around 400,000 O&D passengers per year, and it has increased 11 percent in the year-to-date.

“Japan is becoming more popular in Italy and it is developing into a real brand with a big response from Milan: its outgoing traffic share is the biggest in Italy.”

The route is further good news for Milan, which will host World Routes 2021, after the city recently secured new routes from Gulf Air and EVA Air.

The new routes include service to Martha’s Vineyard and Nantucket in Massachusetts and new service from Jackson, Mississippi and Des Moines, Iowa, to Miami.

“We continue to deliver the best network with the most options for our customers domestically and internationally during the most popular vacation time of the year.”

“The pink planes of Wizz Air have officially arrived at Southend Airport, as we continue to grow our UK network,” said Owain Jones, managing director of Wizz Air UK.

“Southend Airport is easily accessible via London’s public transport network, connecting passengers with enchanting destinations in Lithuania and Romania in a matter of hours.”

Air Astana intends to order 30 Boeing 737 Max 8 aircraft to serve as the backbone of its new low-cost airline FlyArystan, the Kazakh flag carrier has confirmed.

FlyArystan was launched in May 2019 and operates domestic services. Its first international route to Moscow will open next month.

“Since its launch in May this year, FlyArystan has exceeded all expectations and it is clear that low cost air travel has a great future in Kazakhstan and Central Asia," said Peter Foster, president and chief executive of Air Astana.

“Air Astana has had a strong relationship with Boeing ever since the airline started flying in 2002 with a pair of 737NGs. Today we operate both 757s and 767s and we believe that the MAX will provide a solid platform for the growth of FlyArystan throughout our region, once the aircraft has successfully returned to service.”

Norwegian this week named Jacob Schram as its new chief executive from 1 January 2020, replacing Bjørn Kjos who left the role in July.

Geir Karlsen, who held the job in an acting capacity, will continue as chief financial officer and deputy chief executive.

Schram has previously held managing roles in Circle K, Statoil Fuel & Retail, McDonalds and McKinsey. He said: “I look forward to using my experience to build on the strong foundation laid down by Bjørn Kjos, Geir Karlsen and the rest of the talented and dedicated Norwegian team.

“Now, my main focus will be to bring the company back to profitability and fortify the company’s position as a strong international player within the aviation industry.”

KLM Cityhopper has confirmed its order for 21 Embraer 195-E2 aircraft, plus an option for 14 more.

The 195-E2 will have 132 seats on board, 32 more than the Embraer 190 which is currently the largest aircraft in the carrier’s fleet.

KLM Cityhopper announced in June its intention to buy 35 Embraer 195-E2s, but this order comprised a fixed order for 15 aircraft plus an option for another 20. The fixed part of this order has therefore been raised by six.