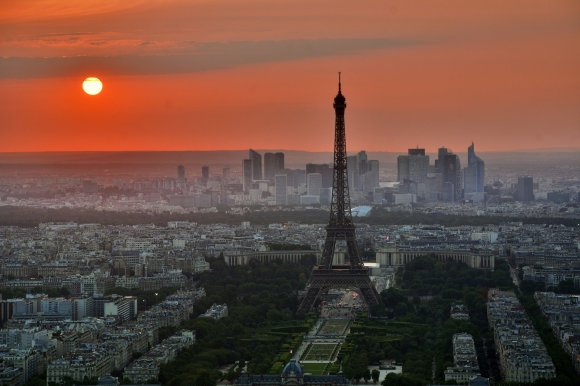 Fingers crossed, we can all hope that, as we head towards the end of the year, Thomas Cook Airlines remains Europe’s biggest industry casualty of 2019.

It’s been a busy year for the receivers, with seven key airline collapses in Europe to date.

There have also been several near misses: in February, flybe avoided a collapse with the sale of its assets to the Virgin Atlantic-led Connect Airways consortium, which will see the flybe brand disappear.

In September, to see it through the winter, Norwegian offered its Gatwick slots as $380 million collateral to extend the maturity dates of two bonds until 2021 and 2022. This, and a record Q3 result, now seems to have put Norwegian back on a secure footing.

Condor had earlier attracted interest from Lufthansa Group, whose chief executive Carsten Spohr predicted 2019 would be the start of a consolidation process that sees fewer carriers in Europe. A look at some numbers might lead you to believe he is right.

IATA adds: “Passenger yields remained under pressure in July across all of the key domestic and international markets.” This latter fact may be crucial, as July is one of the critical profit-making months, especially for intra-European flights. Here, the figures are again not encouraging, with yields on flights within Europe falling by 10.6 percent in May, 9 percent in June and 7.7 percent in July.

One bright spot in Europe is a fall in the number of short-haul aircraft deliveries this year; with 286 in the months to September compared with 365 in the same period last year, potentially a brake on capacity. Moreover, the grounding of the Boeing 737 MAX is temporarily offsetting some of these deliveries.

However, there is the wider picture of falling GDP in Europe. IATA’s figures show eurozone GDP up only 1.3 percent in the first quarter and 1.2 percent in the second, against a world average of 2.6 percent.

Yet despite this, airlines keep expanding; in the year to September, Eurocontrol handled 31.2 million flights, an increase of 1.4 percent. IATA chief economist Brian Pearce does not share most carriers’ optimism.

He told October’s Airlines 2050 conference that costs, mainly fuel and labour, had risen, while passenger demand growth was slowing and cargo volumes, in part due to trade wars, were seeing their biggest drop in a decade,

“In the last 12 months, suddenly the industry has lost the ability to recover its cost increases,” he warned.

His thoughts were pre-empted in June by Air France/KLM, which predicted its fuel bill would increase by €550 million to €5.5 billion this year with, as a partial consequence, capacity growing “2-3 percent” – still ahead of GDP growth.

Dr Stuart Hatcher, chief operating officer of aviation consultancy IBA, describes the situation as being “on a knife edge”.

“The market has been at the top of the cycle for some time,” he says. “Europe is crying out for consolidation; it’s ridiculous in terms of the size of the land mass to have so many airlines.”

However, Hatcher does not predict an immediate round of consolidation as we approach winter. “Going into Q3, you have to carry it [the costs through winter] and that’s always a tough one, so I think airlines will be happy for others to fail, as opposed to trying to consolidate and taking all the weakness in with it. It would have to be a really compelling story for someone to make that gamble.”

Perhaps unusually, this year’s concern is not so much oil prices, but other aspects of airlines’ costs.

“There’s not a single element of shock that you can put your finger on,” says Hatcher. “Oil isn’t raging ahead and lease rates have been dropping; the cost structures instead are currency and labour. The issue is that only one (of these factors) has to dip the other way. Things are in the balance.”

Data specialist Cirium is also cautious: “The European sector has been recording a strong financial performance, but this seems to have been driven by a relatively small number of larger operators,” a spokesperson warns.

Cirium sees a longer-term “race to the bottom” in short-haul, with smaller carriers falling by the wayside and bigger airlines taking advantage of failures to enter markets. One recent example is Lufthansa Group following the collapse of Adria Airways, with Lufthansa and Swiss now operating to Ljubljana from Frankfurt, Munich and Zurich.

Against this background, some players are, if not throwing caution to the wind, at least seizing opportunities that present themselves. In the UK, the demise of Thomas Cook Airlines could allow the leisure industry to take a breather and concentrate on its wafer-thin yields, but carriers are already staking their claims.

Thomas Cook Airlines accounted for 8 million UK-departing seats in 2018 and, since its demise, Tui Airways has promised to replace 2 million next summer and Jet2.com nearly 700,000.

The latter promises more to come, while Virgin Atlantic has also vowed to expand, particularly at Manchester, and there is the impending launch of easyJet Holidays, which will doubtless mean more flights to popular leisure destinations.

Jet2.com has bought the failed airline’s slots at Manchester, Stansted and Birmingham Airports, while easyJet has snapped up those at Gatwick and Bristol.

Ryanair is another carrier expected to capitalise on the Cook collapse, but Brexit is persuading it to look outside the UK for the moment.

Ryanair plans to take some of the leased former Thomas Cook Airlines fleet for its Vienna-based Lauda operation, which has 21 aircraft and has already eaten into Austrian Airlines’ point-to-point routes since it began flights in spring 2018.

Like Lufthansa, Ryanair has warned of the emergence of a handful – at most – of strong European airline groups in the next few years, with both planning to be among them.

The German group is blatant in its wish for market stability in Europe. In June, Lufthansa issued a profit warning blamed on lower prices, higher fuel costs and pressure on its budget Eurowings brand from “sustained overcapacities caused by carriers willing to accept significant losses to expand their market share”.

The finger is often pointed at Ryanair, but it may not be the guilty party here, as its chairman David Bonderman also warned the industry was experiencing “a time of excess capacity in the European short-haul market”.

Following a halt in deliveries of the 737 MAX, Ryanair will now slow down growth from around 7 percent to about 3 percent by 2021, carrying 157 million passengers instead of the forecast 162 million.

In its place, Wizz Air plans to take advantage of others’ reluctance to grow in a less forgiving trading environment.

This year, it has added 125 new routes and in July, lifted its capacity growth forecast from 16 percent to 20 percent; with CEO

It will add 276 aircraft by 2026 as it pushes mainly into central and Eastern Europe, while according to an analysts’ consensus, it will overtake Ryanair as Europe’s highest margin airline group this year.

“Wizz has a large backlog of aircraft and had already damaged carriers in Hungary and the Czech Republic,” adds IBA’s Hatcher, who says that the airline “is gunning for LOT” in Poland, having fought off Ryanair.

Germany is another potential flashpoint for Hatcher. “Germany has had a price war that has been going on far too long and, going forward, the German economy expects to see a pretty nasty stage,” he says.

He believes any consolidation in Europe will come from groups such as IAG, with small state carriers or profitable low-cost carriers the target.

“When I look at investors outside of Europe, they’re not queuing up; Europe is overheated,” he says, naming South America as one region that’s a better potential target.

The message to Europe’s airlines seems to be to gain critical mass, find a niche, a buyer or face an uncertain future, because outside investment may not be forthcoming. Those seven failures in 2019 might be just the tipping point.